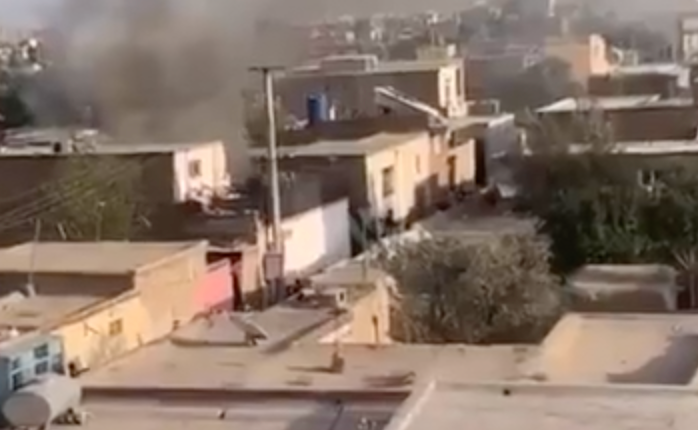 The international community should encourage Afghans in a positive direction instead of exerting more pressure, as the situation is still volatile and the country is facing uncertainty, Chinese State Counselor and Foreign Minister Wang Yi said on Thursday.

A foreign ministry statement said Wang made the remarks during a telephone conversation with British Foreign Secretary Dominique Raab, stressing China’s readiness to continue to play a constructive role on the Afghan issue on the premise of non-interference in its internal affairs.

Read more: After taking control of Afghanistan, what will happen to the Taliban?

Wang said the big change in the situation in Afghanistan reflected that after more than 40 years of war, the Afghan people longed for stability and did not want a new war or chaos.

It also shows that the model of governance imposed from outside is not supported by the Afghan people and lacks a social basis, Wang said, adding that relying on military intervention to address regional hotspots will lead nowhere.

The situation in Afghanistan is another negative example, and if the United States does not learn from the painful lessons, it will suffer new ones, Wang said.

He noted that as the Afghan issue entered a critical stage from a military to a political settlement, the next aspects should focus, first, on whether the Taliban can unite the Afghan people, create an open and inclusive political structure in line with the country’s conditions, pursue a moderate policy and avoid provoking new conflicts or even civil war.

Second, whether Afghanistan can draw a clear line from terrorism, resolutely crack down on all kinds of terrorist organizations and avoid becoming a gathering place for terrorists again.

Third, whether the international community can play a constructive role. Wang said the international community must fully respect the independence and sovereignty of Afghanistan and the will of its people, engage in more dialogue and guidance, refrain from predetermined thinking and go beyond its obligations to interfere in the affairs of others. and not to turn Afghanistan into an arena of geopolitical games.

The Chinese senior official stressed that the international community must encourage and steer the country in a positive direction. This, Wang said, favored an early political transition by the Taliban and other political forces in the country, stabilizing the internal situation in Afghanistan and reducing the impact of refugees and immigrants.

Relations between China and Great Britain

Wang said there had recently been some positive signs of a low tide in Sino-British ties, and China agreed with Raab’s remark that bilateral relations should be determined by co-operation, not divergence.

Wang added that the precondition for cooperation between the countries is mutual respect, especially through the development of each other and the main problems. Meanwhile, mutually beneficial co-operation must be open and inclusive, so as to gradually strengthen stability and predictability in bilateral relations, he said.

Wang stressed that solidarity remains a top priority for all parties in the fight against COVID-19 and traceability is a scientific issue that should not be distracted from policy, adding that it is also unacceptable to ignore or even overturn conclusions. the proposals of a joint China-WHO study report due to political needs.

He said China was ready to continuously improve communication with the British side in areas related to vaccines, treatment and traceability, so that they could jointly contribute to the safety of human health.

Wang pointed out that there has often been a “general political” trend in the international community recently, as some are even trying to “politicize” sport and fuel a “boycott” of the Beijing Winter Olympics in 2022, adding that this is a serious violation of the Olympic Charter and the rights of athletes.

He said adding “together” to the Olympic motto reflected the right direction for the Olympic cause, and China welcomed British athletes to have better results at the Beijing Winter Olympics. China, along with other countries around the world, is ready to host simple, safe and wonderful Winter Olympics.

A statement from the Foreign Ministry said that Raab had congratulated Chinese athletes on their impressive results at the Tokyo Olympics, agreeing that the sport should not be politicized. He said the British Olympic Committee would make an independent decision on the participation of British athletes in the Beijing Winter Olympics.

Similarly, the United Kingdom believes that international cooperation to combat the pandemic should not be politicized, Raab said, adding that Britain is ready to develop positive bilateral relations with China and deepen mutually beneficial cooperation in the fields of economy, finance and health. .

Raab agreed that the international community should summarize the experience and lessons learned on the issue of Afghanistan and that the country should not become an epicenter of terrorism again.

The international community must co-operate on the issue of Afghan refugees, Raab said, noting that Britain has announced it will accept 20,000 Afghan refugees and is ready to increase humanitarian and development aid to Afghanistan in support of the United Nations to help neighboring countries. Afghanistan to accept Afghan refugees.

Britain and China can step up coordination on the Afghan issue, Raab said.

(With entrance from Xinhua)

We’re reinforcing structures on the ground and want looters arrested