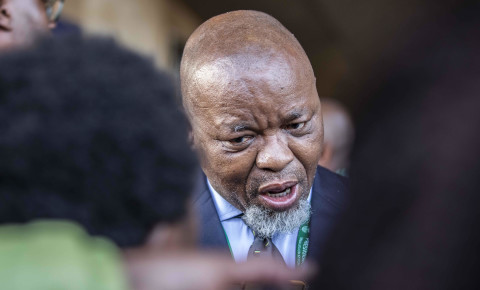 We’re reinforcing structures on the ground and want looters arrested

Mineral Resources Minister Guede Mantashe says the ANC is more concerned that the riots are not spreading to other provinces.

In a bid to contain the civil unrest, the African National Congress (ANC) visited affected communities and vowed to take action against some of its members who are involved in fueling the unrest on social media.

When asked why the ANC acted late, trying to control the riots that are happening in Gauteng and KwaZulu-Natal.

Mineral Resources Minister Guede Mantashe disagreed that they acted late, saying people should try to focus on what they are doing right now.

We are there because we have realized that there is a crisis in Gauteng and KwaZulu-Natal. We also realized that community instructors take responsibility for protecting their infrastructure, there has been no vandalism in these places, which is the message we want to spread.

We are strengthening structures on the ground to work harder and arrest those responsible for robbery and vandalism.

If this does not overlap with other provinces, this is progress.

We are now in place, after the weekend in which we were engaged in many other issues.

Where looting has stopped, cleaning will take place, where looting continues, we must help stop it.

RELATED: It was a clear organized plan for economic sabotage – Zizi Kodva

Many listeners criticized Mantashe’s response to the robbery and his attitude when answering some questions posed by Clement Maniatella.

I don’t think Guede knew why they were honest, so he couldn’t answer some questions. I am sure that the ANC was there to campaign for elections.

This interview with Guede angered me so much that it sounded so ignorant, but enough for him. I am more concerned about the blind spot we have as a country, don’t get me wrong, it is good and good that taxi drivers are protecting their communities, but what does that say about what we think of our law enforcement agencies. That we are more afraid of taxi drivers than them?

I think many of these marauders could have been prevented, but some of these law enforcement agencies have not acted in some areas where riots are prevalent, and I think Bheki Cele has something to say in this regard.

I think that the questions you asked Guede were ill-considered because they were devoid of any facts, in the specific context of what happened in certain areas, where community structures were mobilized to deal with this issue and were directed to local government leaders. who were ready and focused on the answer.

Listen to the full conversation below …