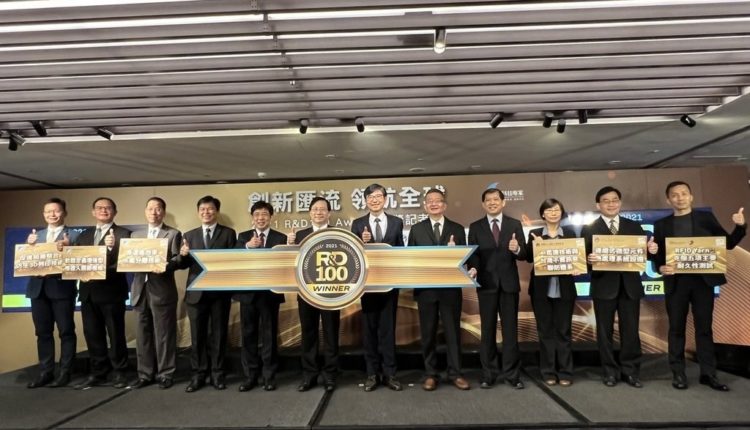 Taipei, Oct 26 (CNA) Taiwanese research institutions have won seven awards at this year’s R&D 100, a prestigious science and technology competition, a spokesman for the Ministry of Economic Affairs (MOEA) said on Tuesday.

Taiwan has won a total of 66 awards in the past 14 years at the annual event, in recognition of the country’s achievements in technological research and development, Deputy Economic Affairs Minister Lin Chuan-ning (林 全能) told a news conference. at Regent Taipei Hotel.

Although it is traditionally known that Taiwan focuses mainly on hardware development, the Deputy Minister said that Taiwan’s award-winning products and technologies this year are focused not only on hardware, but also on software or the integration of the two.

During the event, ITRI President Edwin Liu (() said the next step would be to transfer these profitable technologies to industries so that local manufacturers could eventually put them on the market.

“We’ve seen a huge impact on industries from national laboratory innovations, and that’s one of the things the R&D 100 awards are meant to celebrate – inventions that change the world for the better,” said Paul J. Henny, Deputy president and editor-in-chief of R&D World, was quoted as saying in an ITRI statement on Tuesday.

“ITRI is clearly a major player in this field and a huge resource for Taiwan’s industrial communities,” Henny added.

Among the three winning applications from ITRI this year are the biomimetic materials and structures for tissue integration (BioMS-Ti), which can be used in sports and orthopedic implants for the integration of soft and hard tissues.

Another profitable invention of ITRI is a device called “Ubiquitous Water Wand”, an ultra-highly efficient steam / air separation equipment that can extract clean water from the air, it says.

The R&D 100 Awards are the most prestigious innovation awards program in 58 years, with the awards being announced during a virtual celebration on Tuesday, according to the organizer’s website.

(From Liang Pei-chi and Ko Lin)