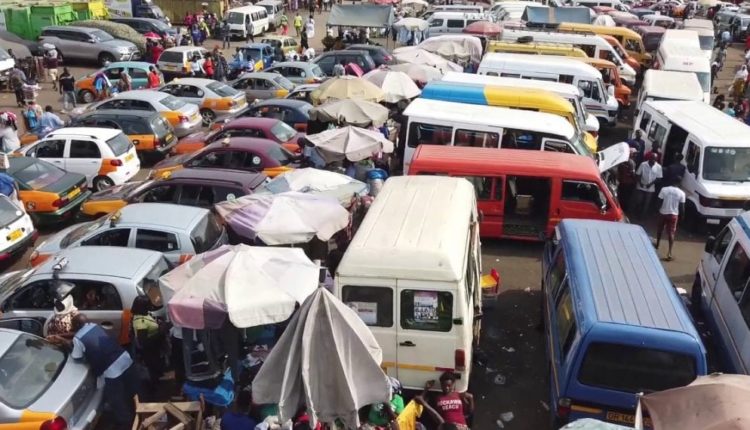 Commercial drivers driving on the Tema – Prampam and Afrenya road are demonstrating against the Tema Metropolitan Assembly City Security for alleged extortion and illegal arrest of their loading points.

According to the commercial drivers, the TMA task force, together with the police, had previously fined them 50.00 H if their vehicles were seized. They are obliged to pay the amount before the launch of their buses.

Now, however, they are charged 300.00 H, as an calculated attempt to extort money from them.

Some of the demonstrators told the Ghana News Agency in Tema as they marched through some main streets to worry that they were tired of the constant harassment.

They said that there are unbearable difficulties in the system, the payment of these frequent fees is becoming unacceptable.

Drivers who blocked the main road of the TDC shouted the horns of their cars to show their anger, tied their heads and hands with red ribbons and shouted for the release of all detained cars.

Former Vice-President of Prampam GPRTU, Mr Augustine Atawiah, said that the Union’s vehicles were number 47. Drivers wake up at around 04:00 to stand in line for passengers, until 10:00, before they can to load the vans.

The head of the subway security, Ms. Vivian Okran, told GNA that undisciplined behavior, indiscriminate parking and the selection of passengers by commercial drivers were an inconvenience, so the fine would serve as a deterrent.

She advised drivers to charge from different stations, as there are laws in Tema and they will enforce them to prevent passengers from going to the station.