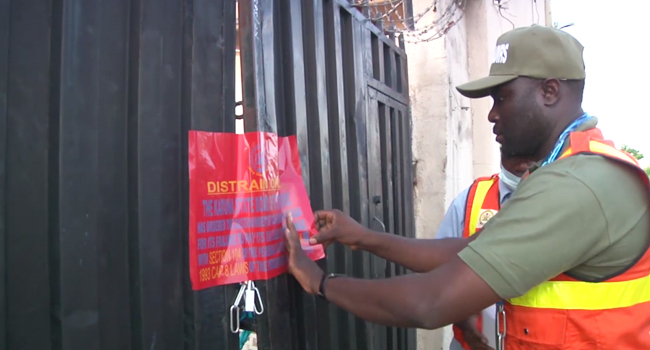 According to the service, the affected facilities, located in the state capital, owe the Kaduna government between N12million, N2.8 million; Tax N347,000 and N7million respectively.

Kaduna Internal Revenue Service’s legal adviser, Aisha Mohammed, who is also head of the law enforcement team, said the office had received court orders to seal hotels and hospitals for non-compliance despite several notifications, adding that businesses would remain sealed. until they repay their outstanding debts.

She explained that the claim was in accordance with the provisions of Article 104 (3) and (4) of the Personal Income Tax Act (amendment) of 2011 and Article 37 (3) and (4) of the Tax Codification and Consolidation Act. Kaduna State, 2020, as amended.

According to her, the tax liabilities are based on an assessment from 2012 to 2018 and the Office has served them several times, but they refuse to commit.

However, the legal counsel warned other business operators in the state to settle their unpaid taxes or be prepared to face the same treatment.