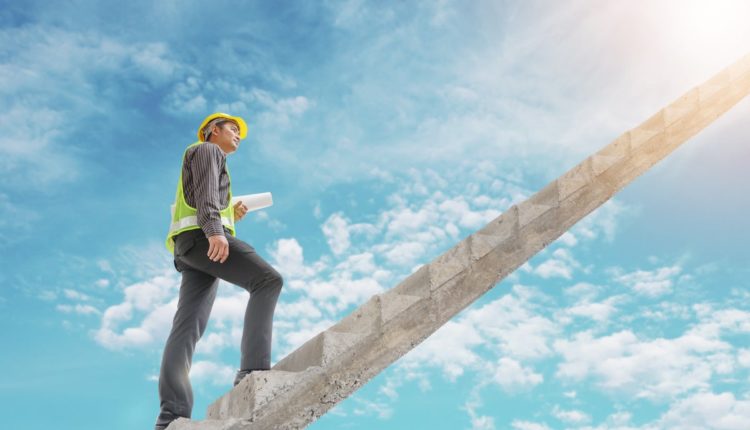 VMware gears up for a challenging future

After a big year of change in everything from its ownership and executive suite to its cloud and network offerings, VMware is girding for battle in the challenges ahead.

At the company’s VMworld 2021 conference (Oct. 5-7)  many of the technologies the company provides—from multicloud connectivity and cloud management to NSX networking, security,and other digital-transformation tools—will be front-and-center in over 900 sessions.

“At VMworld last year, much of the discussion focused on cloud’s role in supporting business agility and resiliency in the context of the pandemic, as countless businesses sought to move applications to the cloud quickly to support distributed working,” wrote Hervé Renault, vice president of cloud sales for VMware in a blog about the conference agenda. “A year on, it’s clear this process has accelerated many businesses’ planned transition to cloud and elevated cloud maturity, as they respond to end-user demand for a digital-first, app-driven future.”

Earlier this month at a press and analyst event marking his first 100 days as CEO, Raghu Raghuram talked about the long-term view of VMware that included what are likely to be key topics at VMworld.

“The pandemic has accelerated what was already happening in that there are now many more distributed applications, infrastructure and people, and because of the way things have been accelerated, people are finding that this distributed multicloud world is pretty complex and we are looking to reduce that complexity,” Raghuram said. Adding to that complexity, 75% of VMware’s customers are deploying more than one cloud vendor, he said.

Tanzu and the cloud

The growth opportunity for Tanzu is massive, Raghuram said. Every time a new application gets written with Tanzu, it could land on some piece of infrastructure, either in the public cloud or potentially on the VMware ESXi hypervisor.

“One is enabling them to execute their application transformation on the cloud of their choice using our Tanzu portfolio. And Tanzu is getting increased momentum, especially in the public cloud to help them master the complexities of doing application modernization in the cloud. And of course, by putting our cloud infrastructure across all clouds, and we are the only one with the cloud infrastructure across all clouds and forming the strategic partnerships with all of the cloud vendors, we are helping them take their enterprise applications to the right cloud,” Raghuram said.

“Most new apps are built-on containers for speed and scalability. The clear winner of the container wars was Kubernetes,” said Scott Miller, senior director of strategic partnerships for World Wide Technology (WWT), a technology and supply-chain service provider and a VMware partner. “We are having many conversations today with our clients to help them understand the best way to build new applications and manage them past the build in a secure way.”

A key component is VMware’s SmartNIC which incorporates a general-purpose CPU, out-of-band management, and virtualized device features. As part of Monterey, VMware enabled its ESXi hypervisor to run on the NIC, which will provide a single management framework for all th compute infrastructure whether virtualized or bare-metal.

Monterey includes a development agreement between VMware and GPU giant Nvidia (Intel is also a core partner) to bring its BlueField-2 data-processing unit and other technologies into Monterey. Nvidia, which will be featured in 25 sessions during VMworld, announced an early-access program for customers interested in exploring Monterey.

While VMworld will speak to a number of the company’s technology directions, other issues will challenge VMware going forward.

“The big questions are: 1) Whether VMware’s cloud strategy requires that they use the same middleware for cloud and data center; 2) Are VMs really where customers want/need to be?; and 3) Is VMware really building a hybrid-cloud strategy or simply trying to promote VMware data-center strategies?” said Tom Nolle, president of CIMI Corp. “I think they need to answer these questions convincingly by the December timeframe or they risk not being part of 2022 budgets.”

VMware has accommodated containers but not pushed them to their VM base as much as accepted them, Nolle said. The VM focus has limited its ability to exploit the cloud-front-end model that’s really driving enterprise cloud adoption, he said.

“Some multicloud is easier with VMs than containers, some is more expensive with VMs than with containers,” Nolle said. “With regard to security, remote work, serverless, and so forth, all these issues are probably more readily addressed with containerized software, and VMware is mostly about VMs.”

Others see VMware as working to address the complexity challenge of multicloud environments.

“I think the first challenge is understanding the complexity of the entire VMware portfolio and knowing which business outcomes can be best accomplished through the use of VMware software,” Miller said.

To the uninformed, VMware can seem like an expensive proposition on the surface, WWT’s Miller said.  “At World Wide Technology, we can articulate the true value for the return of investment, especially when compared to competitive alternatives that can often require much more expense in support hours and/or third-party products in an effort to piecemeal a similar solution that, in the end, may cost more and is harder to staff to support,” Miller said.

On the networking front, customers are interested in how VMware’s core NSX networking software continues to evolve as the company modernizes its on-premises data-center network infrastructures, experts said.

“NSX has done well for VMware across hybrid environments as organizations move towards cloud-native and containers,” said Rohit Mehra, group vice president with IDC’s Network and Telecom Infrastructure. “VMware has evolved NSX from a pure network overlay to a network and security platform for cloud, containers, and data-center operations.”

VMware has done a good job evolving NSX to keep it relevant to multicloud deployments, Mehra said, including the incorporation of technology it acquired in 2019 with the purchase of Avi Networks.

These include an application-services fabric that synchronizes with the NSX controller to provide automated, elastic load balancing and real-time analytics for applications deployed in a VMware environment. Avi technology also monitors, scales, and reconfigures application services in real time in response to changing performance requirements, VMware stated.

Separately, VMware has made some noise about moving farther into the telco ring, specifically to support 5G wireless technology. Earlier this year it rolled out the VMware Telco Cloud Platform radio-access network (RAN) to let service providers virtualize their RAN operations.

In the recent analysts briefing, Raghuram said helping build 5G infrastructure  that reaches the edge and creates a hybrid environment where data-center infrastructure comes with cloud-like features will be a key business driver in the future.

“The way service providers are embracing cloud-native, containers, and microservces are all strong points for VMware because it has strong roots in all of that software,” Mehra said. “In the next 10 years VMware should be a big, respected player in the telco space and at the cloud edge.”

VMware has a good 5G strategy, “but they’re still rolling out the elements, and they’re not making a lot of noise to promote it,” Nolle said. “They have some 5G traction, but not as much as they could or should have.”

The other big topic at VMworld will be the spin-off of VMware from Dell. Announced by the two companies in April and expected to close in November, the Dell-VMware split will establish them as two independent  companies. Dell has had an 81% equity ownership of VMware Since 2016 when it paid $67 billion for EMC, which owned VMware.

The companies have had a close development relationship including VMware Cloud on Dell EMC, which integrates VMware’s high-performance compute, storage, and networking software with Dell EMC hyperconverged infrastructure (HCI).

Raghuram said that the split from Dell will give VMware increased strategic, operational, and financial flexibility to drive its growth strategy. It could also strengthen its strategic relationship with Dell. “The Dell spin-off will let partners look at VMware in a new light and allow us more flexibility in growing our own business,” Raghuram said.

“VMware’s spinoff from Dell should provide some more confidence for our clients that have standardized their server or storage infrastructure on other options from Dell and that VMware will be working with even more closely in the future to remain independent of any one OEM’s influence,” WWT’s Miller said.

The new relationship won’t be without challenges of course. “The spin-off might be positive if VMware is able to push out a totally new and positive hybrid-and-multi-cloud position,” Nolle said. “That’s a lot to expect given that they’ve not done that so far. It could be decidedly negative if Dell decides that they need the spin-off to align their hardware better with market trends, like containers and hybrid-and-multicloud, and can’t expect VMware to do it.”

The carpet in front of the Exit sign in the VMware executive suite has been worn thin this year.

First, there was the departure in January of 40-year technology industry vet and the face of VMware for years, CEO Pat Gelsinger. He led an expansion of the company’s core virtualization footprint and pushed the company into cloud, networking, 5G/edge and security, while almost tripling revenue to nearly $12 billion, VMware stated. He also led the company’s support for Kubernetes with its Tanzu effort, the company stated.

Raghuram, who had been the company’s COO, replaced Gelsinger in May.

“He’s someone who has informed the company’s strategy for a number of years, so there will be a lot of business-as-usual,” Mark Lockwood, research vice president at Gartner told Network World at the time. “They have their hands in a lot of different places, and that diversifies their income, and it seems like that strategy has obviously been crucial for them.”

“I think executive changes are always a negative because they distract everybody from market responses and competition,” Nolle said. “I think it’s hurt VMware already, and the hurt is likely not over. It’s a shame because they have very strong technology.”

Join the Network World communities on Facebook and LinkedIn to comment on topics that are top of mind.