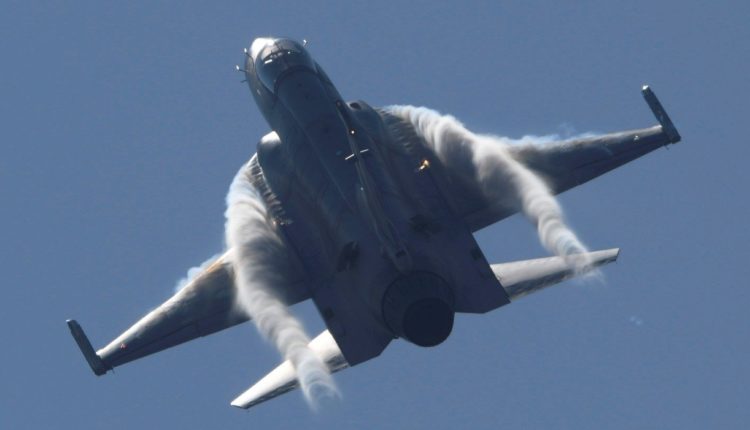 China’s efforts to steal the United States weapons technology, innovations and platform designs are both well known and well documented. But this has been accompanied by growing proportionate efforts to replicate emerging American strategies, tactics, and military maneuvers.

The Chinese are already copying the Pentagon’s ongoing efforts to create an architect war with several domains synergy through air-sea exercises and other types of war preparation exercises. It seems clear that more recent efforts are an obvious attempt to copy what is perhaps America’s most significant military program: Joint Management of All Domains (JADC2). The idea is to create a network of scattered but securely connected battle nodes in a battle zone. The intention of JADC2 is, among other things, focused on reducing the time of the sensor to the shooter to speed up the cycle of combat decisions and stay in front of the enemy.

This relies not only on the transmission of information in a secure manner, but also on data and information processing, organization, analysis and data synthesis. This could be described as a war of information, an effort to cover real-time scattered and otherwise disbanded combat platforms or units, whether they are fighter jets, bombers, tanks, drones or ground control centers. To do this, a huge amount of sensor data must not only be collected, but also properly processed and analyzed so that the most up-to-date and relevant details are identified and transmitted in full force in accordance with the needs of the mission and changing threats. This is part of the reason why so much of JADC2 is improved through the application of algorithms, computers and databases authorized by AI.

JADC2 can be considered “decisive” in terms of how the Pentagon plans to win future wars. However, such a strategic approach may not be applied only by the United States. In particular, China is well known military modernization push now seems to copy JADC2 or make its own version in an attempt to expand and speed up networking.

This Chinese concept, which is very similar to the Pentagon’s JADC2, is being discussed in a Chinese newspaper in the context of the development and implementation of a new air warning and control system (AWACS) aircraft, something that is itself a replica of several U.S. surveillance aircraft, such as the U.S. Navy’s E2D Hawkeye.

While discussing the maturation of the new Chinese AWACS, Chinese Global Times newspaper quotes its military officials say that AWACS “is not likely to be a lone early warning aircraft, but a group of platforms that can carry out various missions and build an information network.”

This concept sounds just like JADC2 as well as the US Air Force Advanced battle management system.

“But war is not just for a single aircraft, but for a system, so there must be integrated space, air, ground, sea and submarine platforms to do their job,” Lou said, noting that this would improve joint combat capability. based on an information network system, “said Lu Yun, chief designer of China’s KJ-2000 early warning aircraft, quoted in Global Times.

As promising as a combat strategy may be, its implementation is, of course, the real test of operational functionality in war. Networks need to be hardened, scopes need to be expanded, data and sensory information collected need to be processed, and the multiple communication paths on the transport layer need to be refined, demonstrated and ready for use. This can be satellite communications (SATCOM) connectivity, GPS guidance, radio frequency data exchange, software-defined radio, or even newer features such as optical or laser communication capabilities.

Kris Osborn is a security editor at National interest. Osborne previously served at the Pentagon as a highly qualified expert in the office of the Assistant Secretary of the Army – Acquisition, Logistics and Technology. Osborne has also worked as a leading and terrestrial military specialist on national television networks. He is a guest military expert on Fox News, MSNBC, The Military Channel and The History Channel. He also holds a master’s degree in comparative literature from Columbia University.

BT lays out its next-gen network roadmap, with convergence and 5G at its heart, 5G