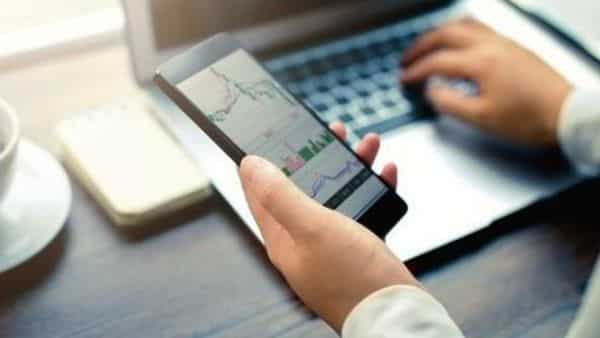 5 defence stocks to look at as China flexes muscles

She uses some of that money to support her army.

In March 2021, the Chinese government set a conservative target for economic growth for this year, shifting its focus from a recovery regime to long-term challenges such as debt retention and reducing technological dependence on the United States.

China forecasts defense spending at 6.8 percent this year ($ 209 billion), the biggest gain since 2019 amid tensions with the United States and key neighbors.

On the other hand, India plans to spend $ 130 billion on military modernization over the next five years, as gaining autonomy in defense production is a key goal for the Indian government.

India has an unstable border on the eastern and western fronts, and also has a long coastline to protect its maritime interests.

Given this and the potential for export and job creation that the sector offers, the government has come up with various measures to stimulate the degeneration of the defense sector.

The time has come for Indian companies that have focused on defense production to see larger orders.

Here is the list of the top 5 defense stocks in India.

Hindustan Aeronautics was founded in December 1940 as Hindustan Aircraft by industrialist Walchand Harichand in connection with the then Mysore government.

It was established to manufacture aircraft in India. In 1941, the Indian government became one of its shareholders and acquired the company in full in 1942.

The state-owned company is known for producing some very competitive aircraft and helicopters, including Light Fighter, Chetak and Cheetahs.

In 2020, HAL announced an ambitious project to develop a 10-12-ton attack helicopter by 2027, considered India’s response to the American Apache helicopter, which is produced by Boeing.

It is a public sector defense (PSU) company and it is assumed that the company is now seeking to export its products to friendly countries.

Bharat Electronics is engaged in the design, development and production of radars, electronic weapons, and also key EVM or electronic voting machine.

According to market experts, given the company’s performance, it will benefit from the government’s rising defense spending.

In addition, the center’s recent import embargo will benefit companies such as Bharat Electronics, as the country’s defense system will now rely entirely on local suppliers of defense equipment.

Bharat Dynamics (BDL) is one of the manufacturers of ammunition and missile systems in India. It was founded in 1970 in Hyderabad.

The company was established as a production base for guided weapon systems.

Starting with a set of engineers recruited from Indian arms factories, the Defense Research and Development Organization (DRDO) and the aerospace industry, Bharat Dynamics began manufacturing the first generation of anti-tank guided missiles, the French SS11B1.

Bharat Dynamics recently announced the creation of an environmental testing facility at Visakhapatnam. It will consist of a vibration test facility, a thermal chamber and a walking torpedo chamber.

The environmental testing facility will be the first of its kind in the country and will contribute to the further implementation of the Atmanirbhart in the defense sector.

Once in operation, the facility will improve BDL’s ability in the torpedo testing infrastructure. and underwater weapons.

Astra Microwave Products is a designer and manufacturer of high quality radio frequency (RF) and microwave components and subsystems.

The company was founded in 1991 and is headquartered in Hyderabad, India.

Founded in 1961 by Dr. Nilkantha Rao A Kalyani, Bharat Forge is among the leading forging companies in India.

The company has capabilities for the development, design, manufacture and engineering of systems and subsystems for artillery guns, armored fighting vehicles, protected vehicles, ammunition, defense electronics and small arms.

The positive thing about Bharat Forge shares is the growing exports and therefore the script is constantly monitoring profits as well as rising price targets.

For the financial year 2022, market experts improved the profit forecast for Bharat Forge by 15-20% given the sustainable and strong export growth, as well as due to the sustainability shown by local non-automatic segments.

Also, according to reports, the private company is increasing its investment to increase its defense capabilities, as few orders are being prepared and management expects to save them.

Speaking of defense sector, see the chart below, which shows the top 5 countries for military spending in the world by 2019.

According to a report by SIPRI (Stockholm International Peace Research Institute), India is the third largest military spending country in the world in 2019.

Here’s what we wrote about it in one of the editions of Profit hunter:

If you look closely at the chart, you will find that it is likely to remain among the best spent in the coming years.

This is due to the second largest walker shown in the ranking, China.

With the growing tension between the two sides, the incentive is strong for India to deal with China.

It all makes sense for the government to focus heavily on this sector in the near future.

Government pressure on Atmanirbhar will receive a huge boost through local defense production. This will create profitable opportunities in defense stocks for astute investors.

Tanushri Banerjee, co-chair of Equitymaster’s Research Department, is closely monitoring stocks in the defense space. According to Tanushree, defense will be a great opportunity to create wealth.

Do you need to include defense stocks in your portfolio?

Here are some reasons why defense stocks offer a good opportunity for investors:

1. The confrontation between China and India is not resolved. There must be a requirement for protective ammunition. Therefore, the demand for these companies will be strong.

2. Aatmanirbhar Government Guideline is another area that increases opportunities for the sector, as now India ‘s defense system will depend solely or heavily on local suppliers.

3. Operating profit levels are gradually rising for the above companies after the weak first quarter of the financial year 2021. The order book for these companies is complete.

Some of these companies like Bharat Dynamics are purely debt free companies.

Stocks in the defense sector are slightly buffered by industry-related losses because they will almost certainly have government projects at all times.

Although this security is a good thing, one must look at defense stocks with the same care as one would look at other stocks. Sustainable research should not be compromised despite the positive chances.

This article is syndicated by Equitymaster.com

* Thank you for subscribing to our newsletter.