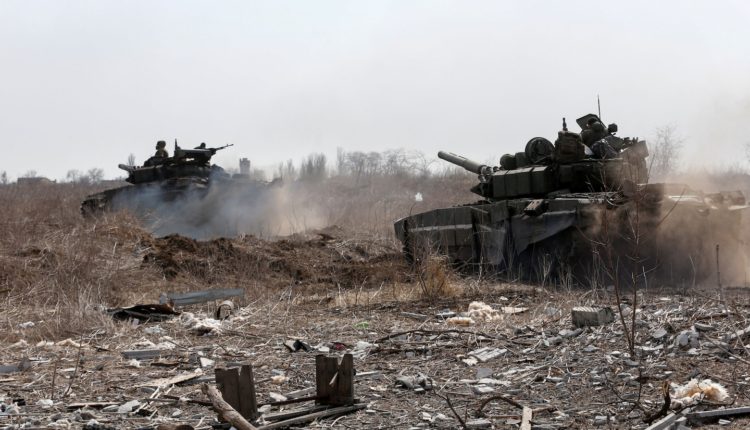 The Russian military has modern equipment capable of secure transmission, but troops on the battlefield have resorted to easier-to-use but less secure lines due to uneven discipline in the ranks, a clear lack of planning for long-distance combat, and Russia’s attacks on Ukraine’s communications infrastructure, which it also relies on, experts say.

A European intelligence official, speaking on condition of anonymity, to discuss assessments of NATO’s battlefield, said there had been numerous cases of Russian commanders confiscating their subordinates’ personal phones since the invasion in late February for fear of unintentional distribution. units location.

Similarly, Ukrainian civilians report that their phones have been stolen by Russian soldiers who use them to talk to each other and their families at home, the official said. These calls, the official noted, reveal the frustration of the troops and the deterioration of morale, as the Ukrainian army stops Russia’s advance around key cities, killing thousands of Russians in the process.

The Pentagon said on Friday that its latest intelligence showed that Russian forces had lost full control of Kherson, a Black Sea port city. Ukraine is expanding its offensive operations in key parts of the country and Russia seems to have shifted its focus to the separatist region of Donbass to the east. Ukrainian forces have also repulsed Russian offensives outside the northern city of Chernihiv, with other offensives taking place in the western suburbs of Kyiv, the capital, a senior US defense official said.

There is evidence that the United States and other NATO countries have provided Ukrainian forces with electronic warfare equipment capable of interrupting Russian broadcasts and allowing them to head to Russian command posts, said Costas Tigkos, a Russian military expert with the firm. defense Janes Group. By destroying Russia’s communications hubs, Ukrainians could pressure their opponents to use less secure equipment, he said, increasing the likelihood that their talks would be intercepted or their positions triangulated.

While the Russian military has reviewed its military technology over the past two decades, with some emphasis on upgrading its communications hardware, Tigkos said the equipment is only part of the equation. “It’s one thing to develop a good radio that works well,” he said. It’s another thing to deploy this radio, build a network and conduct a complex military operation with thousands of moving parts and make them work together like a symphony. “

According to analysts, Russian military broadcasts on unprotected lines were so widespread that radio amateurs set them up online using sites such as Web SDR. Some conversations revealed the disappointment of the troops. In a March 5 broadcast, a Russian serviceman identified himself as a “blacksmith,” not as a call sign. “Don’t say last names on the air!” Another replies. The show was provided to The Washington Post by Shadow Break International, a UK-based open source intelligence consulting firm.

In another discussion, Russian soldiers seem to confuse each other by confusing their call signs. One is identified as “Exchange”. Then another says that this is actually his call sign. “You messed everything up!” one of them explains.

According to analysts, Russian commanders have also shown difficulties in organizing communications on such a vast, dynamic battlefield. Their forces are scattered in Ukraine, the largest country in Europe outside Russia, which poses a challenge for military planners to coordinate mobile transmitting sites and ensure that radio stations operate on frequencies that need to change consistently.

At the same time, military analysts warn against making generalizations about Russians’ communication characteristics. Some units, they say, may be better equipped and disciplined than others.

Photos of Russian equipment taken by Ukrainian forces show sophisticated and secure radio stations, said Sam Bendet, a Russian military technology expert at the Center for Naval Analysis in Arlington, Virginia. Other images show ready-made equipment. Some Russian officials may use such radios as a means of merging a wide range of civilian frequencies – such as a needle in a haystack, Bendt said – instead of military frequencies, which are more limited and detectable with appropriate equipment.

There is anecdotal evidence that Russia’s insecure communications have led to losses on the battlefield. A Russian general is said to have been killed in an air strike after his mobile phone was intercepted by Ukrainians, New York Times reported earlier this month.

In another case, shared by the Ukrainian Ministry of Defense, two Russian intelligence officers were heard openly discussing the death of a senior officer. When someone wants to speak on an encrypted line, the other said it didn’t work.

“We can’t contact anyone at all,” the official said, complaining about a broken phone called the Era. The Russian-made device relies on a cellular network to function, but heavy bombing has destroyed cell towers in many parts of the country, which in turn limits the ability of Russians to use secure phones, said Tigkos, an analyst at Janes Group.

It is also likely that senior Russian officers experienced in battles with less capable forces in other theaters have become somewhat complacent and have been caught unprepared by how determined Ukrainian forces have proved. Russian commanders have been changing in Syria for years, where radios and mobile phones can be used without worries of interference or tracking, said Bendet of the Center for Naval Analysis.

“It seems likely,” he said, “that some officers have acquired bad habits that they believe will work in Ukraine.”

Joyce Sohyun Lee and Dan Lamot contributed to this report.