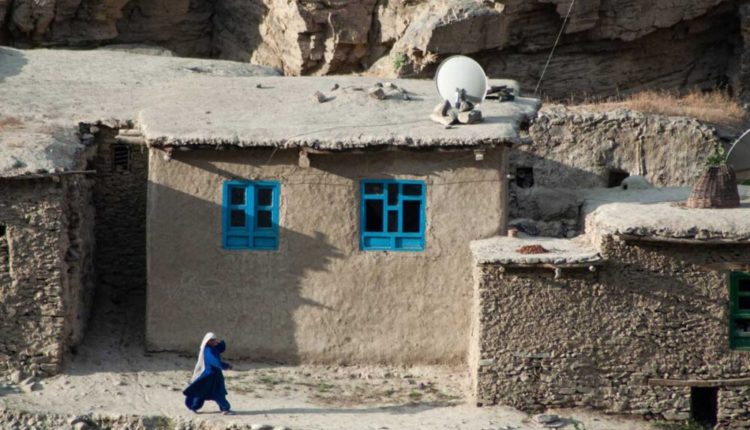 India’s Afghan policy has always been obsessed with denying Pakistan the “strategic depth” that Pakistan sees as longing for. If India had a pragmatic policy, it would not be whining and whining like a pathetic baby over spilled milk.

The UN Development Program depicts the grim situation in Afghanistan. Afghanistan faces numerous challenges. These include the prolonged drought and the aftermath of the COVID-19 pandemic, the turmoil caused by the current political transition: frozen foreign exchange reserves and growing poverty.

Ninety-seven percent of the population is at risk of falling below the poverty line, leaving Afghanistan on the brink of total poverty. Half of the population already needs humanitarian support. UNDP offers access to the most vulnerable nine million people, focusing on basic services, local livelihoods, basic income and small infrastructure.

About 80% of public spending in this country is funded by grants. Since 2002, the World Bank has provided Afghanistan with a total of $ 5.3 billion in development aid and emergency aid. The IMF has set aside $ 400 million in special drawing rights (SDRs) for Afghanistan to combat the country’s Covid-19 pandemic.

The United States has frozen about $ 10 billion in Afghan assets held in various banks in Afghanistan. The International Monetary Fund (IMF) has withdrawn a $ 400 million SDR previously allocated to Afghanistan to tackle the Covid-19 crisis. The World Bank has not said anything so far, but it could also limit funding for Afghanistan.

Oral service of India to Afghanistan

India has provided about $ 3 billion in aid to the fallen US-backed Afghan government. He trains the Afghan army and police. But now she is unwilling to pay or promise a penny to the Taliban government. Look at the following Times of India report:

“India did not promise any money to the Taliban-ruled Afghanistan, probably for the first time in 20 years. That he didn’t do as Jaishanker said … (At the UN, India offers support to Afghanistan but does not promise money. The Times of India September 14, 2021).–The Hindu, September 11, 2021

Indian politicians and experts say they see no guarantee that Afghanistan will not become a paradise for fighters. “Afghanistan could be ready to become a bottomless pit for all shades of radical, extremist and jihadist attire, somewhat similar to Iraq and Syria, only closer to India,” said Gautam Muhopadhaya, India’s ambassador to Kabul. 2010 and 2013. He added that a Taliban victory could have an “inspiring effect” not only on Kashmir rebels, but wherever religious groups operate in the wider region … Lieutenant General Dipendra Singh Huda, a former military official Commander for Northern India between 2014-2016 beyond the border in Pakistan “will certainly try to push men” in Kashmir, after the victory of the Taliban in Afghanistan (As the Taliban grows, India sees a renewed threat in Kashmir, Star Tribune, September 14, 2021). “Meanwhile, Rajnat Singh told Australian Defense Secretary Peter Dutton that the rise of the Taliban raises serious concerns for the security of India and the region. UN Secretary-General Antonio Guterres has called for money to be injected into Afghanistan to avoid an economic collapse that would cause a “catastrophic” situation for the Afghan people and be a “gift for terrorist groups.” The economic collapse in Afghanistan would be a “gift for terrorists,” the UN chief said.The Hindu, 11 September 2021)

India’s former envoy to Kabul, Ambassador Gautam Muhopadhyai, ​​is skeptical of the conciliation statements. Taliban government. He advises: “We should welcome the latest statements by Stanekzai and Anas Hakani, which suggest some independence from ISI. But we also need to ask some difficult questions and judge them by their actions and words, and not lose our caution, as with regard to our many security concerns, such as whether they can protect us from Ias and ISI, to interrupt links to other terror groups, especially those supported by ISI v. India, deny Pakistan’s strategic depth and preserve and build on our historic P2P and trade links; and a truly inclusive government in Afghanistan that shelters the majority of Afghans who want the rights and freedoms enshrined in the 2004 Afghan constitution or at least acceptable to the Afghan people. (Taliban moves to government, Naya Afghanistan brings new challenge to India, September 2, 2021).

India wants a “central role” to be given to the UN in Afghanistan. The mumbo jumbo in India suggests that Afghanistan should become a UN protectorate. The Indian media never tires of calling the Afghan government a bunch of terrorists. They even released video games about it.

India needs to rethink how it can fix the fences with Afghanistan that it is considering a greenhouse of terrorists.