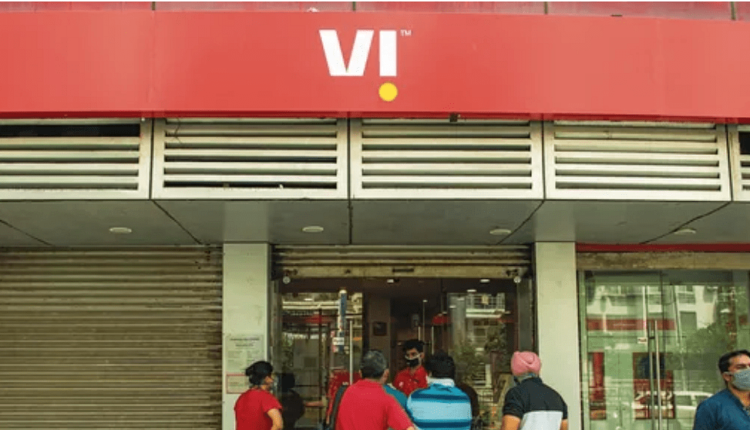 The government also woke up suddenly. He is currently introducing a bill in parliament to fix the retrospective tax mess. This will help slightly – although it will hardly reduce Vodafone’s overall liabilities. More importantly, the government can do something about the problem of adjusted gross income (AGR), which is currently the main burden for Vi. The current government demand is Rs 58,000 crore plus from Vi, although the company estimates that it owes only about Rs 21,500 odd crores.

If all this happens, will it save the company? This may be a momentary break, but it is unlikely to solve the problem for Vi. If both Mr Birla and Vodafone leave and the banks take ownership, the company is unlikely to survive long. The telecommunications industry is a difficult business and the ability of banks to run the company, even with professional management, is highly suspicious. If banks could run companies, we would not see so many cases of bankruptcy in the country. Prior to the adoption of the Bankruptcy Law, there was a Strategic Debt Restructuring Scheme (SDR) that allowed banks to exchange debt with equity. Many banks did, but the experiment did not work so well.

The government to take over Vi is also not a great option. If he has failed to properly implement BSNL and MTNL, there is no reason to believe that he will be able to manage a third troubled telecommunications company.

The best option for the government and banks would be to develop a solution that would return at least one of the promoters – Vodafone Plc or Kumar Managalam Birla – back to active management of the company, with some contributions reduced. This would set a bad precedent, but it would be a practical solution. If retrospective tax demand is taken from the masses and AGR fees are reduced, current promoters may be able to attract some investors to invest fresh capital. You won’t even get away with it even then, but at least there’s a realistic chance of it.

But while looking for solutions to prevent Vi from collapsing, the government should not miss the bigger picture. Vi is a company – albeit a huge one with huge problems. The real problem is the problems in the telecommunications sector, which from one of the most promising sectors for investors in the country has become one in which no one wants to invest now. It costs Indian and global investors billions of dollars and destroys value like no other industry.

All four – the former UPA government, the current government of Prime Minister Modi, the Supreme Court and the sectoral regulator TRAI – played their own roles, not to mention the calculations of contingent losses by the then CAG, Mr Vinod Rai, which were highly published, but supported by a dubious justification. Finally, there was the irrational abundance of businessmen that played a role.

Most people would know the sequence of events that led to this mess, but it is instructive to look at each step once more. When mobile telephony was first opened to the private sector, it led to a rush for licenses with companies offering staggering sums to gain rights to offer services and spectrum in certain environments. But these offers were completely unrealistic, and soon everyone – the companies and the government – realized that it would never work.

The government of AB Vajpayee decided to make things right. He decided that the density of telecommunications in the country is more important than maximizing government revenues. He also decided that competition was good in the sector – more players would lower prices for consumers while creating more jobs. If the prices of mobile services fall, more people would use them. It would be good for everyone – the government, consumers and even investors, given India’s huge population and low telephone access until then.

This in turn has led to first-come licensing policy and adjusted gross revenues – where the government will take a share of telecoms’ revenues instead of pre-licenses and spectrum costs. License and spectrum prices will be fixed from time to time and players will be allowed to enter by applying.

This system worked quite well – it led to a revolution in mobile telephony, where even poor people could afford mobile phones and prepaid services. Suddenly, the telecommunications sector was democratized and the telephone was no longer a luxury. India has seen that the penetration of phones is increasing rapidly and a country with cheap mobile access.

The problem began when the first-come, first-served policy was distorted and blocked by the then Union’s telecommunications minister in the UPA government. This led to a number of players receiving licenses and then transferring them to foreign partners with huge profits. A number of global telecommunications investors – from Telenor to Systema – have rushed in, but have also created allegations of licensing corruption.

The then CAG came up with the theory of conditional losses. The Supreme Court took note, revoked all licenses that go back centuries, and asked the government to auction off spectrum (and other assets such as coal blocks), and so on. only from now on.

It was like throwing a baby in the bath water. The licenses issued by the UPA minister certainly needed to be checked and may even deserve to be revoked. But by reversing the whole policy – to provide cheaper and wider telecommunications access, instead of maximizing government revenues in the short term – the Supreme Court eventually turned telecommunications into an even bigger capital game than it already was. (Telecom requires a lot of capital in a country like India because the infrastructure needs to be deployed and constantly updated).

Meanwhile, the late Pranab Mukherjee, UPA 2’s finance minister, briefly added the retrospective tax in an attempt to take money from Vodafone to buy Hutchison’s operations in India. It was a dubious law, and it created its own set of problems that went far beyond telecommunications.

Prior to the 2014 elections, the BJP talked about eliminating tax terrorism and abolishing the retrospective tax, but did nothing of the sort when it came to power. Instead, he adds one burden after another, preferring to pursue tax cases even after losing in various courts and arbitration panels.

But there were other problems. Spectrum auctions were a game that did not win for most telecom players. Spectrum prices will reach insane amounts, but players have no choice but to keep bidding if they want to offer the latest services and stay in the game. Similarly, the rather strange way in which the government calculates adjusted gross revenue (AGR) has become a major problem – telecommunications companies wanted to calculate only telecommunications revenues, while the government insisted that all revenues, including revenues from non-telecommunications services, be part of from him.

The matter went to the Supreme Court. There are many ill-informed comments about how the decision of the National Assembly to defend the government’s position is the final blow. Even the government is now trying to appeal to the National Assembly that it is allowed to give some rest on the AGR to companies. But it must be remembered that the government insisted on fighting the case, even when it was clear that the entire telecommunications industry was in deep trouble.

Entering Reliance Jio, with huge pockets and some rather dubious regulator decisions, TRAI, which are well documented, was the final blow. Most of the world’s telecommunications players left after incurring huge losses and unable to cope with ever-changing policies and regulations. The Indian players also started to drop out. Each TRAI decision seemed to help one player at the expense of everyone else. Whether this was intentional or accidental can be decided by reading the various provisions. This ensured that the telecommunications sector, which once boasted 13 players, was reduced to three … and now there will be two if Vi falls.

Vi is a company, albeit a huge one, and letting it fail will have consequences, of course. But the bigger problem is not Vi’s financial situation, but the overall health of the telecommunications sector. Unless the government figures out how to solve the other problems, things are unlikely to change, even if you survive.

Decades ago, the government of AB Vajpayee had found a solution to make the telecommunications industry take off like a rocket. It remains to be seen whether Modi’s government has a decision to prevent him from falling.

( The writer is a former editor of Business Today and Business World. This analysis was first published on his blog Prosaicview.Com)