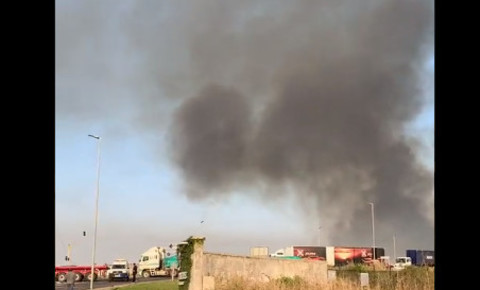 Police overwhelmed by the crisis and could not handle looters

Value Logistics CEO Steven Gotschalk says people need to be less critical of police work in stopping looters, as they have been overwhelmed by the crisis they have faced at KZN.

Civil unrest in some parts of the country has destroyed and destroyed many businesses, causing stress and anxiety for many who do not know if they will be able to recover, especially when the country is under socio-economic pressure.

The riots are believed to have been sparked by supporters of former President Jacob Zuma, who were arrested following an order by the Constitutional Court that found him guilty of contempt of court and sentenced him to 15 months behind bars.

Value Logistics CEO Stephen Gotschalk talks about how they managed to survive after their warehouse in front of Pietermaritzburg was looted on Tuesday.

I can tell you that we could never prevent this from happening. They came in thousands and in different corners of the facility, I don’t think we would have a chance.

The kind of invasion we experienced, we would never have prepared for it, not the way we thought.

The other thing to note is that the vehicles present do not show that the people who are grabbing the facility are poor.

I thought I would get angry and not want to continue my work in the beginning, but I am surprisingly motivated with my team. What motivates us the most is the support we received from people from all walks of life.

There is great hope for South Africa, and although we were nervous and scared, I think we were encouraged to bring things back.

Gottschalk says they plan to support their staff with food and supplies, as many fear where they will receive financial aid, adding that although most are traumatized, they are more than willing to return to work.