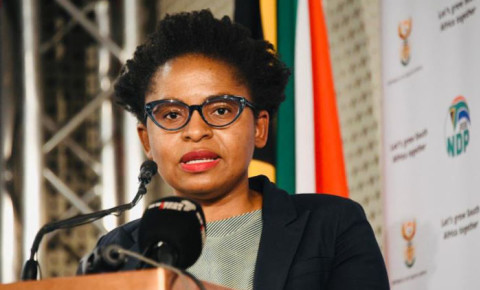 Don’t take the law into your own hands

Acting Presidency Minister Khumbuzo Ntshavheni issued the warning after 20 people in the area were killed in the area during a recent crime.

CAPE TOWN – Incumbent presidency minister Khumbuzo Ntshavheni has said that Phoenix residents in Durban should call the police when there are problems, instead of becoming vigilant.

“The government condemned the attacks and vigilance and called on the communities being defended to work together with the community police forum, the blue community and the local South African police service. We encourage our citizens not to take the law into their own hands, but to wait for the law enforcement agencies to do their part. “

She issued the warning after 20 people were killed in the area during a recent crime.

There are also reports of racial tensions in Phoenix.

The number of people killed or killed in the looting in Gauteng and KwaZulu-Natal has risen to 337.

WATCH: 42 murder cases found in Gauteng, 171 in KZN after riots


Download the Eyewitness News app on your iOS or Android device.

This article first appeared on EWN: Don’t take the law into your own hands – Minister Ntshaveni to the Phoenix community

Three ways 5G is leading the fight against climate change