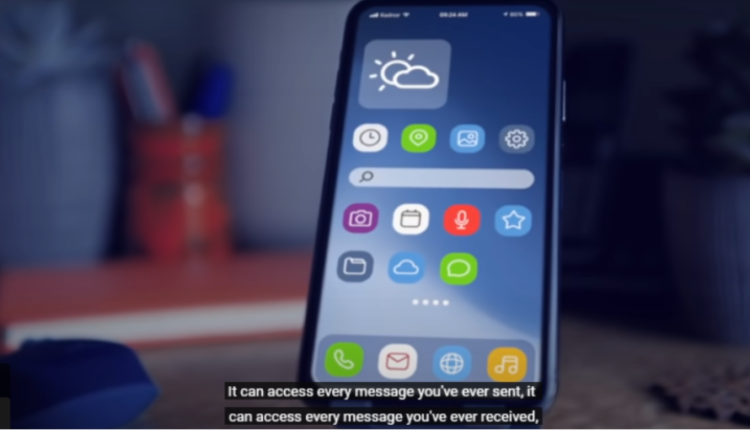 An Azerbaijani journalist said she was ready to go all the way to European courts to hear a complaint about how she became one of hundreds of journalists and activists around the world who appear to have been spied on by Pegasus spyware deployed by governments.

The name of Sevinj Vaqifqizi, an Azerbaijani journalist working for Meydan TV, an independent news organization based in Berlin, came out during the Pegasus Project investigation by 17 media organizations and the Organized Crime and Corruption Reporting Project (OCCRP). The conclusions of the investigation were released late July 18. The investigation established links between the Israeli NSO Group, accused of supplying Pegasus spyware to governments, and leaked a database of up to 50,000 phone numbers believed to have been identified as people of interest by the company’s customers since 2016.

Vaqifqizi’s phone number was found to be infected with Pegasus software. She told the Azerbaijani service of Radio Liberty via Skype that the forensic analysis of her phone showed that he had been tapped since 2019.

“We will appeal to the courts. We will ask the prosecutor’s office to investigate. And if this case is not investigated in Azerbaijan and there is no decision on this issue, we will take the case to the European courts,” she said.

The OCCRP, a consortium of investigative centers, media and journalists working in Eastern Europe, the Caucasus, Central Asia and Central America, said Azerbaijan appeared to have acquired Pegasus to spy on hundreds of local activists and journalists. including RSE / RL reporters.

Elsad Hadjiev, head of the media and public relations department of the Azerbaijani Interior Ministry, told RSE that the report published by the OCCRP was “nonsense”, calling it “an unfounded fabrication of some people”.

Agnes Calamard, Secretary-General of London-based Amnesty International, which is involved in the investigation project, said the investigation “reveals how NSO spyware is a weapon of choice for repressive governments seeking to silence journalists, attack activists and crush dissent, putting countless lives at risk.”

Reporters Without Borders Secretary-General Christophe Deloir, said revelations about the use of Pegasus spyware “inspire disgust and rebellion given the level of surveillance and targeting of journalists.”

“There is no conclusive evidence that Baku is a client of the NSO or that the expired numbers represent people chosen to target, but the overwhelming evidence suggests that this is the case,” the OCCRP said.

RSE / RL President Jamie Fly said in a statement on July 19: “RFE / RL strongly condemns this cowardly invasion of the privacy of working journalists. We have long highlighted the Azerbaijani government’s abuses against our Azerbaijani service, Radio Azadliq. We call on the government of Azerbaijan to stop blocking our website, to stop monitoring our staff and to stop its harassment against our former head of the bureau Hadidja Ismailova. “