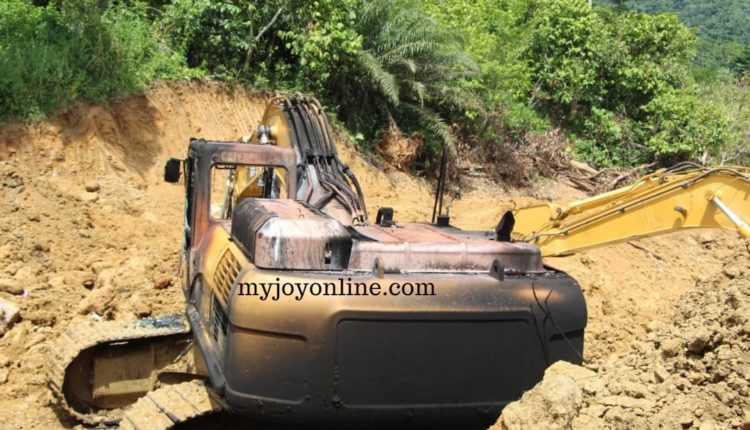 Let’s say we win the war against Galamsi. What next?

I propose an independent codification of the law on small-scale (artisanal) extraction, stricter application and application of it and the establishment of a special department of the Commission on Minerals, headed by a Deputy Chief Executive Officer, dedicated to artisanal extraction.

Then, if we focus resources on enforcing and enforcing the rules, we could have a vibrant, responsible and well-regulated craft industry that will create employment and wealth and still protect the environment.

Today’s mess is a direct result of a historical antagonism of artisanal digging, then a 20-year reluctant legalization in 1986, and then a desperate failure of regulation in 2006.

The latter is ironic, as Ghana has had one of the best legal plans to regulate artisanal production anywhere in the world since 2006.

Craft digging was what we did before the colonizer introduced legislation that required levels of state licensing.

A colonial ordinance requires that a person be able to read or understand the law and provide evidence of sufficient means of search before obtaining a license. Extraction was allowed only after a successful study.

Provisions such as these have made it almost impossible for Ghanaians to engage in legal extraction and have effectively limited extraction to the state or foreign interests with large sums of money.

Some of these discriminatory legal provisions remained part of our law (even the 1962 Act) until 1986!

But during this period, in order not to be avoided, “illegal” mining continued and grew especially with the “tail” left by large, mostly foreign mines.

Finally, in 1986, the then Minerals and Mining Act reluctantly gave legal recognition to artisanal extraction, defined as extraction “by methods that do not involve significant costs or the use of specialized technologies”.

The short provision sounds more like a reluctant political direction than a law, and subjects artisans to the existing rules for the extraction of construction and industrial materials.

In this unsatisfactory legal environment, artisanal digging had to be regulated. No wonder we lost the plot and failed to regulate.

Legislation for the future

In 2006, we adopted a more promising Law on Minerals and Mining. Having seen the potential wealth and danger of artisanal digging, this law and its subsequent amendments stand high compared to similar legislation elsewhere.

Yet there is an inexplicable unpreparedness, unwillingness and / or inability of subsequent governments to simply enforce and enforce the law, create the necessary structures and then provide resources to these structures to work well.

The 2006 law (as amended) has a whole chapter on the regulation of artisanal production and even creates specific violations in relation to them. In short:

I. The Minister designates an area and then grants licenses with the necessary conditions. Extraction outside the defined area is a violation. Only Ghanaians aged 18 and over may engage in artisanal mining activities or provide related mining services.

II. Term and Revocation: The license has a maximum term of five years, which can be renewed. The Minister may revoke a license for certain reasons. The transfer of licenses requires the consent of the Minister.

III. District Office: The Minerals Commission will establish a district office in a designated area (headed by a district official) to register miners, monitor and supervise operations, provide advice, training facilities and periodic reports, and so on. Registration with a regional office is a prerequisite for obtaining a license.

IV. Small Mining Committee: District services should be complemented by this committee to effectively monitor, promote and develop mining operations in the designated area.

This committee consists of the District Executive Director, the District Officer and the nominees from the District Assembly, the Traditional Council, the Inspectorate Department of the Minerals Commission and (most importantly) the Environmental Protection Agency.

V. Rules and regulations: Licensees must earn, extract and produce through efficient and effective methods, comply with good mining practices and health and safety rules, and “pay due attention to environmental protection”. There are strict regulations on the use of explosives and mercury. The Minister must also adopt rules on how minerals sold by artisanal extraction should be sold.

It is clear that the proper regulation of artisanal production is not a rocket science. How then could we do it so correctly on paper but make it wrong in practice?

This effective protection against indigenous peoples means that a significant portion of our gold has gone to state and foreign interest, explaining why there is no part of Ghana that looks as if we have been mining for more than a century!

And illegal mining, which has hurt and is hurting the country, has flourished because successive governments have refused, failed, or neglected regulation. We can adjust if we want.
And in this century, the availability of chemical science to check for pollution and then monitoring technology, such as GPS and unmanned technologies, must overtake us.

With political will and properly targeted resources, our existing legal blue seal must be easy to implement and enforce.

I am aware that the Committee on Minerals has launched a frantic law enforcement effort to complement the fight against Galamsey, and significant resources are being directed to establish the structures under the legal plan. But we can do better.

We must codify all the rules and regulations of artisanal mining into a single statute. Then set up a department of the Minerals Commission, headed by a deputy executive director dedicated only to artisanal mining.

Then publish the eligibility criteria and let people compete for licenses. We need to get public participation, participation and ownership, which are crucial to the survival of the industry.

We have a global legal fighter. All we need is a global winner of a government that is ready to fully and properly implement the resources of this legal plan and its structures.

The ball is in the court of the government, its new minister and the new chief executive of the Minerals Commission.

They can either fix this or join the list of governments and individuals who have failed in this battle.

The writer is a senior partner and dispute manager at Bentsi-Enchill, Letsa & Ankomah in Accra.