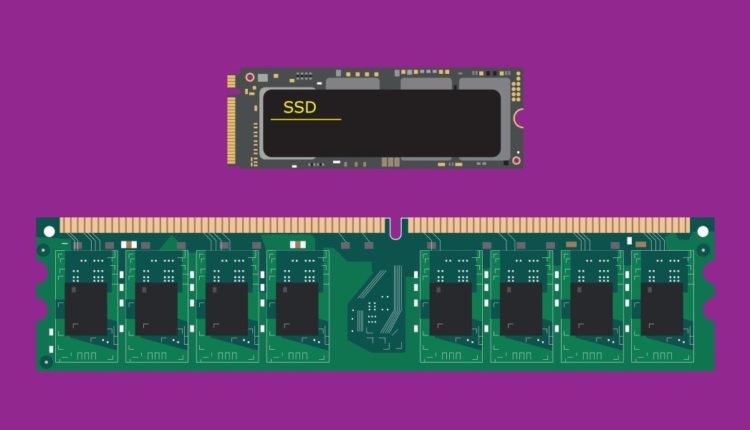 VMware is working on a software-defined memory effort and believes that this could lead to the creation of “memory servers” – memory-filled boxes that can be shared in a cluster.

DRAM can account for 40% or more of server costs, but remains expensive. Memory is also sought after, as more workloads require processing in memory. VMware customers tell the company that access to memory is a barrier more often than access to I / O or storage.

VMware also noticed that memory seems to be the last piece of hardware that is not virtualized. The company believes that non-DRAM forms of memory are underutilized by applications. According to Virzil, this is because today software vendors have to write their own code to take advantage of different levels of memory.

Therefore, the company sees an opportunity to create an integrated memory service for applications and save it in its flagship product vSphere.

Virtzilla has been working on this under the code name “Project Capitola” for more than two years and at VMworld session explained that its purpose is to allow applications to access DRAM associated with CXL memory or CXL-over-Ethernet, non-volatile memory such as Optane, local NVMe, and unified NVMe as storage pool. vSphere will monitor the discovery of the most active memory pages and place them at the level of physical memory with the corresponding properties.

Sudhanshu Jain, director of product management at VMware’s cloud business division, said Virtzilla was already seeing interest from small cloud operators, who saw the potential to offer a cheaper and slightly slower level of service. Other buyers like the idea because it will allow them to separate purchases on server and memory – some buy more DRAM than they need, waiting for their databases to grow.

Jain also suggests that software-defined memory may even lead to the emergence of “memory servers” – boxes filled with memory that is shared between hosts in a cluster.

VMware recognizes that maneuvering at a memory level other than DRAM will reduce performance, but with a manageable amount. It will also consume a little more bandwidth in the data center.

If that gives you a break, VMware said its tests show that a total hardware ownership cost of between 30 and 50 percent can be achieved. So maybe this reduced performance will pay off because you won’t have to pay for extra DRAM.

VMware has not specified when this technology will debut, but is talking to people like Samsung, Intel, Micron and the best software vendors to make it a reality.

If all this looks fantastic, remember that it’s only been seven years since VMware took seriously the storage of virtual storage in special storage servers. In those distant days, the idea of ​​servers crammed with directly connected storage as a SAN replacement seemed strange. Yet virtual storage is now ubiquitous in the form of a hyperconverged infrastructure.

Jain from VMware said that Dell and Cisco are also interested in Project Capitola, so include these memory servers. ®