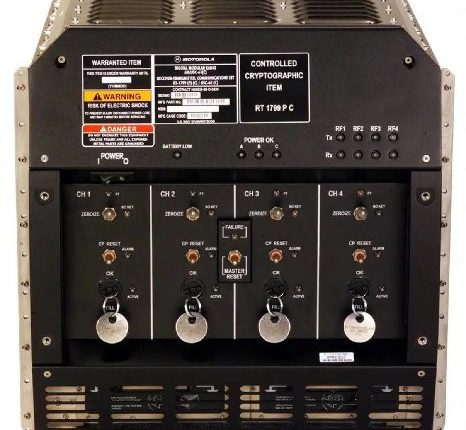 AN / USC-61 (C) is the first software-defined radio to become a standard communication system for the US military. (Photo: General Dynamics)

The US Navy is seeking a subsequent contract from General Dynamics to provide digital modular radio systems.

The US Navy is seeking a proposal from General Dynamics for a five – year period following the agreement for AN / USC-61 (C) digital modular radio systems.

The modular radio system is software reprogrammable and has built-in cryptography needed to convert between radio frequency and baseband.

General Dynamics will provide four-channel and two-channel DMRs plus additional components to the group of frequency amplifiers, and the subsequent contract will provide engineering services.

The contract can also be used to purchase amplifiers, combining devices and connectors connected to the DMR system for the purposes of SATCOM.

DMR radios allow commanders and sailors to talk and share data with a wide range of military radios. They use Mobile Consumer System (MUOS) Waveform to connect to the MUOS satellite communication network.

General Dynamics was originally concluded a contract for the provision of DMR in 2010..