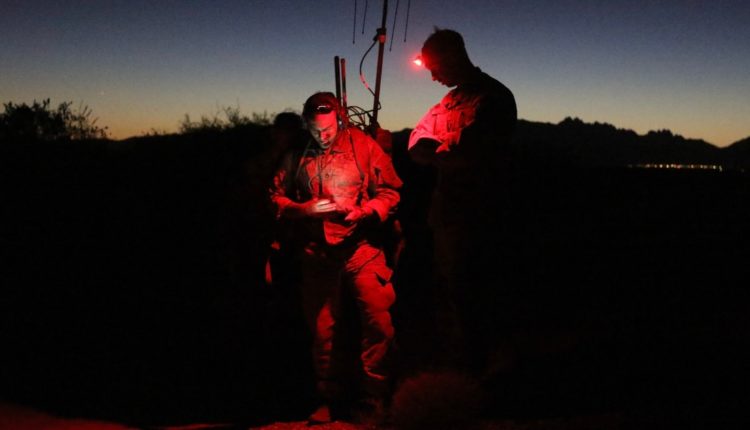 WASHINGTON – The military will introduce a new idea to put programmers and software developers on the tactical edge to reprogram electronic warfare and radio frequency systems.

The pilot, called Starblazor, will try to identify gaps in the army’s capabilities and provide information about his doctrine and policies.

Basically, Starblazor will help the military learn what is needed to train cyber and e-war operators with existing equipment and what these personnel will need for future combat, said Chief 3 Officer Eric Colon, CEMA Technician at Army Cyber Command, before C4ISRNET.

Starblazor’s efforts will take place this summer during the larger Defender Pacific, a split-size war game for joint multi-domain operations in support of Indo-Pacific Command, which will also test new technologies and concepts.

The military recently created a new military professional specialty within its cyber industry dedicated to software development. These specialists sit next to the operators and build tools on site to keep up with the dynamic environment of cyberspace.

Now, as the military prepares to direct a raft of e-war equipment – including combined cyber intelligence and signals – it must be able to quickly reprogram systems to use new signals it can detect in times of conflict.

If the military finds itself in conflict with a leading nation-state, it is likely to come across signals it has never seen before. This creates problems for the force because it will not know how to exploit or beat these signals until it captures and classifies them. In the Cold War, this may take years, but now with software-defined systems, new signals can be deployed, discovered, and changed in weeks.

Starblazor is focused on the new army 915th Cyber ​​War Battalion, which consists of 12 expeditionary cyber teams to increase brigades with additional capabilities for cyber and electronic warfare, such as the army still experimenting with equipment and staff.

Thank you for registering!

By sending us your email, you agree to the early bird briefing.

One of the group’s intentions is to be able to go anywhere, use brigade-organic equipment, and operate solid targets by capturing a signal of interest, reversing it, and giving effect for months, not years.

Starblazor’s efforts during Defender Pacific will only consider the Multi-Function Electronic Warfare Air Large platform, the brigade’s first active electronic attack mounted on the MQ-1C Gray Eagle drone. However, the army in its latest budget request resets public procurement funding for the system leaving its deployment to units in jeopardy, though continuing funding for research and development dedicated to him.

Starblazor will help determine what new code developers need and will provide information to develop capabilities for large acquisition programs while they are still in the research and development phase.

Army coders can help inform the development cycle of these platforms much earlier in the process, officials said. However, they said that significant changes to the software in a week or two would probably be unrealistic, but some changes could be made during this period, which is significantly faster than the traditional acquisition cycle.