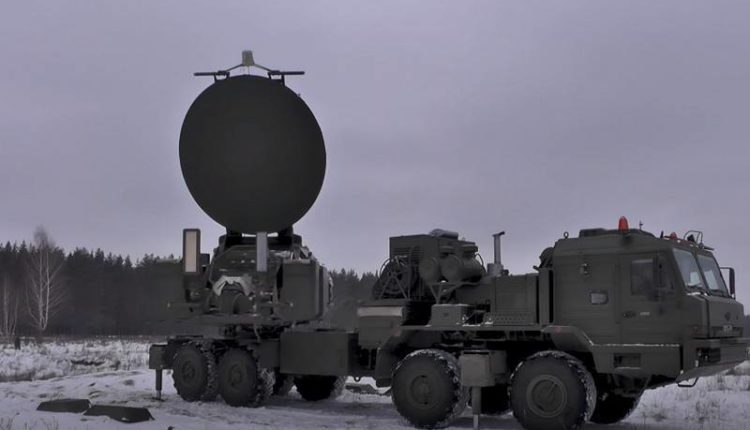 As a result of major reforms and continued public investment in modernization for more than a decade, Russia’s armed forces have significantly expanded their capabilities, both in general and in electronic warfare in particular (EW; in Russian, electronic warfareor REB). This includes the formation of specialized structures for REB, including at the brigade level, and the settlement of all branches and weapons of the military service with trained personnel and equipment for RV. The modernization process, which benefits the Russian REB, has in many cases overshadowed the technology that exists in the foreign military, including those of the North Atlantic Treaty Organization (NATO). These achievements increase the overall ability of Russia’s armed forces to disrupt, block and interfere with potential enemy control and command systems (C2), communications, radar or weapons. And the proposed technologies continue to receive high priority in the modernization of the Russian military industry. The latest illustration of this growing electromagnetic spectrum combat capability (EMS) is likely to replace other modern EW systems currently in operation, especially based on some of the details emerging around the new Divnomorye-U complex (Discover24.ru, January 25).

Article from the end of August in Voyenno Promyshlennyy Kuryer describes in detail the breakthrough in the further development of next-generation EW systems, also covering specific examples of EW assets that have been in operation over the last four years, but highlights Divnomorye-U and its unique features. Divnomorye-U reportedly offered to protect EW from radar reconnaissance over an area of ​​several hundred kilometers by generating an “umbrella” of EW interference; it is specially designed to provide cover against enemy radar. Divnomorye-U therefore offers effective radar protection for stationary and temporary command posts, air defense systems, force groups, and key politico-military and industrial centers (Voyenno Promyshlennyy Kuryer, August 24).

An important feature of the new Divnomorye-U is its integration into an automated C2, which significantly increases its speed and operational usefulness. By incorporating this automated element into the system design, the EW complex detects and then analyzes the target signal and type, along with its power and direction of transmission. The high-tech automated system undoubtedly uses artificial intelligence (AI) in its processes, then develops a suppression plan and selects the most effective attenuation methods. Divnomorye-U is designed to emit powerful radiation that neutralizes enemy radar, regardless of type. It is reported to be able to jam both ground-based radars and aircraft radars such as the E-8 JSTAR, E-3 AWACS, E-2 Hawkeye, as well as radar equipment on board helicopters and unmanned aerial vehicles (UAVs). Even satellite radar stations would lose sight in the Divnomorye-U coverage area, Voyenno Promyshlennyy Kuryer claims for article. The new complex can go into combat mode within a few minutes and can be mounted on a single vehicle (Voyenno Promyshlennyy Kuryer, August 24).

According to Russian EW experts, Divnomorye-U is able to replace three modern systems in operation: Krasukha-4, Krasukha-2 and Moskva-1. The breakthrough in technology refers to the use of automated C2 and AI to achieve a more advanced generation of EW complexes capable of suppressing enemy targets with minimal human involvement (Discover24.ru, January 25; Politexpert.ru, June 4, 2020).

Similar technological developments rooted in the achievement of higher-speed radar jamming, as well as the use of AI and automated C2 to significantly increase the speed of action, are in line with other achievements in the capabilities of EW, published in late 2017. by the then Deputy Minister of Defense Yuri Borisov. This applies in particular to the Palantin, Rtut-BM and Tirada-2S systems. The performance characteristics of these EW complexes confirm the extent to which the Ministry of Defense has emphasized the need for continuous technological development of such systems in order to strengthen the military capabilities for combat in the electromagnetic spectrum (EMS).Voyenno Promyshlennyy Kuryer, August 24).

The operational and tactical complex “Palatine” was developed by one of the divisions of Rostech-AD “Concern Sozvezdie”. This group of Russian defense companies also has the task of developing military C2 automated systems. Palantin surpasses similar complexes from previous generations. It is equipped with high-tech equipment and dazzles the enemy’s technical means in both the ultra-shortwave and shortwave bands, depriving parts of an efficient C2 by organizing “unsolvable problems” in communications. Palantin ensures the active conduct of effective radio investigation and suppresses all known radio communication systems of a potential enemy. This includes complexes formed on the basis of modern software-defined radio (SDR) platforms. It can combine several different EW systems in one network. During tests conducted in the Central Military District in 2019, Palantin was tested by EW specialists working as part of a battalion tactical group, in which he managed to suppress the radio communications of simulated enemy forces in an area up to 1000 km (Voyenno Promyshlennyy Kuryer, August 24, 2021; Svpressa.ru, April 22, 2020).

Similarly, the Rtut-BM is an EW system mounted on a lightly multifunctional tracked chassis. Several defense companies are in charge of serial production of the complex: the Muromteplovoz plant, which produces the base chassis, the Kvant NGO in Nizhny Novgorod, which manufactures the equipment, and the Kazan optical-mechanical plant, which functions as an assembly site for Rtut-BM. Rtut-BM counteracts guided weapons and protects military units from artillery fire and ammunition with radio fuses. Tirada-2S is a complex for suppression of electronic communications, capable of effectively neutralizing satellite communications. It uses a narrow beam to direct the frequencies of certain satellite communication channels. Tirada-2S generates visible obstacles that maximally overlap the ability to transmit a signal to the recipient: as the satellite tries to overcome the electromagnetic curtain set by the ground system, this drains its energy resource (Voyenno Promyshlennyy Kuryer, August 24).

These achievements in the capabilities of the Russian REB confirm the continuing high-level interest among the best military in expanding and improving existing capabilities. They offer great conventional military capability, both in terms of protecting Russian troops, ensuring critical jamming of enemy communications and radar, and destroying enemy C2 and some weapons systems. Recent advances use AI to significantly improve the speed of use of such systems in battle. Although this Russian military capability is increasingly well documented, it motivates fewer titles than large-budget kinetic assets such as submarines. In fact, there is a mismatch between NATO’s military and political leaderships as to the level of knowledge of the importance and potential threat posed by these systems. A new generation of political leaders among Allies must understand how this Russian military capability is changing the dynamics and calculations associated with any future NATO-Russia conflict.