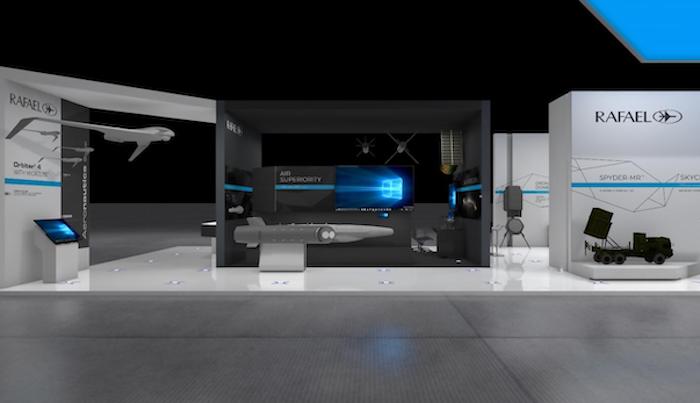 Rafael to present at Dubai Air Show 2021 for 1st time

Rafael Advanced Defense Systems will take part in the Dubai Air Show in 2021, marking the company’s first large-scale presence at a global defense exhibition in the United Arab Emirates.

Throughout the week, Rafael will demonstrate some of its state-of-the-art operational and combat-proven air defense solutions, which are maintained and enhanced by the use of artificial intelligence. The focus and importance of the regional partnership for Rafael in the United Arab Emirates is well illustrated by the joint venture set up with G42, a leading technology company based in Abu Dhabi. Together, the focus is on achieving synergies between artificial intelligence and big data, making Rafael a global playmaker in these areas.

Display systems to include:

MIC4AD: a unified command and control system, optimizing the management of resources between defense systems, offering a rapid distribution of objectives for the most appropriate response and fire control. The system is currently used by about 28 air forces around the world.

DOME OF THE DRONE: End-to-end, combat-proven unmanned aerial system (C-UAS), providing 360-degree rapid protection in all weather conditions against enemy drones. DRONE DOME detects even small targets at distances over 3.5 km, intercepts and neutralizes with soft and hard killing measures, while causing minimal damage to the environment, but at the same time maximum safety of friendly aircraft.

SPIDER: fast response, low level of surface-to-air missile system designed to counter attacks by aircraft, helicopters, UAVs and precision-guided munitions. The system provides effective protection of valuable assets, as well as first-class protection of the forces located in the area of ​​hostilities.

The SPICE family: an air-to-ground weapon system that attacks targets with precise accuracy and at high attack volumes, regardless of GPS navigation and in an environment where GPS is prohibited.

LITENT: the most widely used guidance and navigation module in the world, LITENING is a single capsule that includes a wide range of sensors, allowing the detection, recognition, identification and electro-optical tracking of multiple fixed targets. It also provides automatic detection of multiple dynamic and aerial targets. LITENING operates in more than two dozen air forces around the world.

RECYCLE: electro-optical, tactical reconnaissance capsule that provides real-time image collection and data transfer. Standalone and self-cooling, the multi-sensor system consists of a payload, a wide digital data connection and a ground station. RECCELITE is proven in combat and active worldwide.