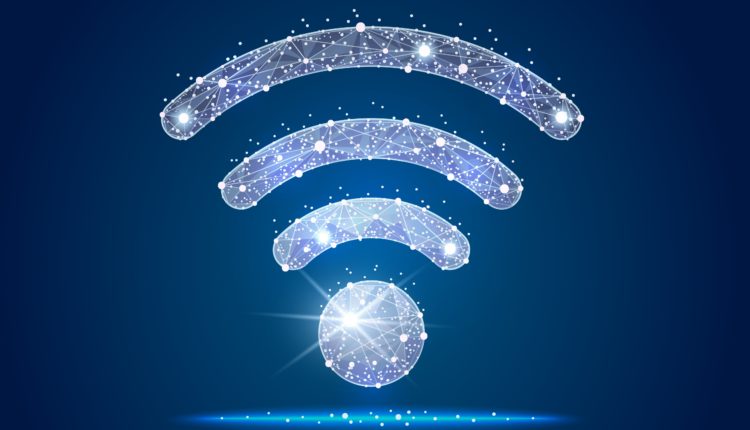 Plume, a Wi-Fi software company and operator of the largest software-defined network (SDN), has raised $ 300 million in a new round of minority equity investments led by Softbank Vision Fund 2.

It comes fresh from the $ 270 million collection in February from Insight Partners, and the latest round brought the company’s valuation to $ 2.6 billion.

Plume, a Wi-Fi network innovator with cloud-based software platform as a service, is growing all dimensions of the business quite aggressively, according to CEO Farry Diner. This is a trend that has accelerated since funding earlier this year in terms of scale, staff and finances.

Plume’s software platform grew from 22 million households in February to 35 million. It now manages more than 1.2 billion devices – making its cloud controller the world’s largest SDN – and added more than 60 new customers to ISPs. On average, this is 2.2 million new home assets each month.

The Palo Alto-based company has plans for growth in research and development, sales and marketing, plus acquisitions. But with the last round, funding is largely related to who the investor is – ie. Softbank’s Vision Fund – instead of looking for more money, Diner told Fierce.

“The way we are [Softbank, Plume] think about the future as a whole by investing aggressively in the cloud, in the data, AI, these are all kinds of vectors we saw that were perfectly aligned, ”he said.

Softbank, for its part, appreciates and recognizes the value that has been built, and Diner said the fund has proven to be very well connected and influential around the world. He has already introduced Plume to a number of potential partners and clients, he said, expressing confidence that they will be fruitful for Plume and therefore for the Vision Fund.

The company mainly sells its cloud platform to CSP, helping to manage and deliver adaptive Wi-Fi services for smart homes and connected devices. Its open source OpenSync element, introduced in 2018, is device-level software integrated into gateways or extenders that essentially separate software and hardware so vendors can quickly expand new services and avoid hardware blockages.

In the UK, for example, Plume’s HomePass smart home service has been provided to 25 million UK households with Virgin Media – even those not yet within the provider’s broadband footprint. Comcast, an early investor in Plume, was also its first major customer in the United States. Comcast uses Plume’s software integrated into xFi Pods for a Wi-Fi network to remove live dead spots.

The use of data and AI for forecasting and network analysis tools is a key feature of Plume’s technology. A total of $ 697 million has been raised so far.

Plume has a strong presence in the world of fixed broadband, counting major cable operators such as Charter, Comcast and Virgin Media, along with telecommunications and fixed wireless providers among 240 service providers’ customers. But there is also an eye for mobile operators and telecommunications for FWA using licensed spectrum.

This is a segment that is very interested in home and market services, where Diner expects to see more and more connections for Plume (SoftBank itself has a mobile and fixed cable business in Japan).

“We are expanding our customer base. Mobile is big in the near future, “he said, as is fixed 5G wireless access. He noted that telecommunications companies are investing heavily in 5G and are finding it harder to compete with cable.

In addition to the increase in Wi-Fi and smart home services, another advantage of the partnership with Plume for FWA is the more efficient management of the licensed spectrum.

“In the world of wireless networking, you can change network settings to optimize your network exactly the way we do it at home with Wi-Fi,” Diner said.

This largely comes from the Plume scale and Wi-Fi analysis in 35 million homes. With this data, he can determine and predict the load that the FWA network carries, Diner explained. For example, it can determine if there is a group of homes where demand is likely to increase on Tuesday based on patterns, but other homes where consumers may not be active. Plume can provide application programming interfaces (APIs) with insights into which cell towers or small cells homes need to connect to. Knowledge of this Wi-Fi environment gives it unique opportunities for FWA operators in terms of load balancing, small cells, macro cells and radio resource management on a cellular network, he said.

He could not provide more details about the space plans, but called on Qualcomm as a partner and investor in Plume, alluding to “some exciting initiatives” in and around FWA using licensed spectrum.

Use AI to reduce dropouts

Plume uses AI in many ways, such as reconfiguring and pre-configuring Wi-Fi networks based on real-time data and forecast data (such as a busy Sunday night with a family transmitting 4K video in the living room). Or it can be used to secure Internet of Things devices, such as baby cameras, bells, or anomaly detectors, by recognizing what constitutes regular or irregular traffic patterns — based on indicators such as IP addresses and when they occur. of use – on a large number of the same type of devices.

A particularly interesting use of AI and data for service providers is the ability to help predict dropouts.

Because Plume knows the experience of home-connected devices, it can match performance to customer call rates to their service providers to determine if a subscriber is likely to leave.

“Churn is probably the most expensive thing that happens to any subscription business,” Diner said. “If I have to tell my service provider customers that we believe there is an 80% chance that the next 400 customers will leave you based on the models we see, this is extremely valuable information for them.”

Diner explained that two of the main drivers are the input that Plume collects on the so-called “happiness” of the devices – for example, if this Zoom call gets minimal packet loss or 4K streaming gets enough bandwidth. It is connected to call centers based on API (Plume does not know who is calling, but knows the location and how many times they called). So if there is a group of customers who have called their service provider and they also have unhappy home devices, Plume’s algorithm could predict a percentage chance that a certain number of customers will encounter next month. Providers could then use this information to offer a promotion or take other steps to “help deal with an emerging problem,” Dinner said.

This is not 100% accurate, but Plume is able to predict the tingling of tingling surprisingly well, according to Diner.

In addition to residential, Plume has two other major segments, including many small businesses such as cafes, restaurants or those that do not have their own IT departments in which they already operate. Third is the industrial environment, where it aims to expand.

As for smart cities, Diner said Plume is not trying to sell directly to cities, but is presenting a somewhat natural adaptation based on other segments.

“A public, smart city, utilities, I think this will happen as a mixture,” he said, noting that these types of environments want to benefit from a combination of housing, small businesses and public opportunities.

History of RTK—Part 4: Birth of a Utility