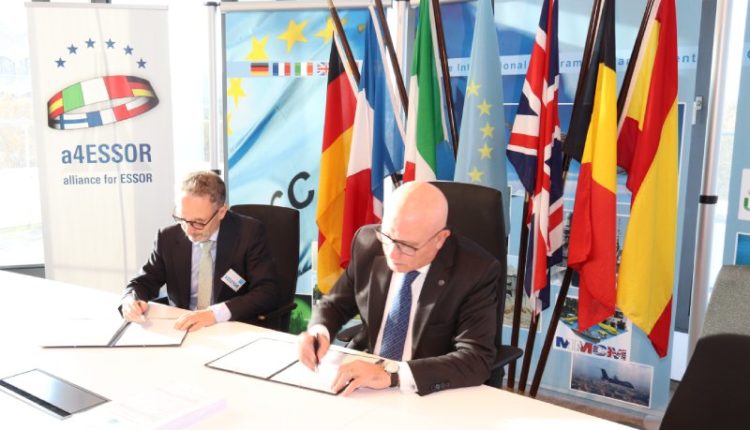 An agreement between a4ESSOR and OCCAR allows the ESSOR New Capabilities project to be implemented. (Photo: Leonardo)

A new project between a4ESSOR and OCCAR will increase interoperability between the European armed forces.

However, the project will also involve new companies from countries outside ESSOR, such as Telespazio Belgium, a joint subsidiary of Telespazio, including Leonardo (67% owned) and Thales (33%) – and Edisoft Portugal.

The ENC aims to develop new waveforms to increase the interoperability and security of the European Armed Forces. For tactical ground applications, these waveforms will be known as ESSOR WBWF and ESSOR NBWF; for air-ground-air ESSOR 3DWF; and for SATCOM ESSOR SATCOM WF.