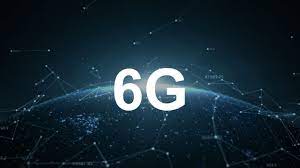 Teaming up with industry majors, including Samsung, NVIDIA and others, researchers at the University of Texas are launching 6G @ UT, a new research center to lay the groundwork for 6G, the next generation of wireless technology.

5G is emerging as the dominant cellular technology after years of research and innovation that includes important contributions from UT Austin’s wireless researchers and alumni. With new technologies on the horizon, such as self-driving cars and air taxis, holographic video conferencing, ubiquitous robotics and captivating augmented reality, UT Austin is consolidating its leadership in wireless innovation with this large-scale study of 6G.

“Advances in both wireless communications and machine learning over the past decade have been incredible, but separate,” said 6G @ UT Director Jeffrey Andrews, a professor in the Department of Electrical Engineering and Computer Engineering at UT Austin. “Along with huge new detection and localization capabilities, 6G will be defined by unprecedented native intelligence that will transform the network’s ability to deliver amazing services.”

The founders of 6G @ UT subsidiaries Samsung, AT&T, NVIDIA, Qualcomm and InterDigital will fund at least two projects in three years at the center. Researchers from the companies will work with professors from UT and students to develop wireless-specific machine learning algorithms, advanced sensor technologies and key network innovations that will be the backbone of 6G.

The next generation of wireless networks will be saturated with technologies that have come of age in the last decade: ubiquitous recognition, machine learning and the ability to use higher frequency spectrum in mmWave and THz bands. These technologies will form the basis of research conducted at the 6G @ UT center, and they will play a critical role not only in 6G devices and applications, but also in the management of the network itself.

Radio waves not only facilitate communication, but also detect and locate, for example, by radar and GPS. The introduction of THz tapes and superior sensor resolution via massively dense antenna arrays will allow carriers to better monitor the quality of their networks in a variety of locations, from office towers to busy central areas to remote rural areas. 6G networks will be loaded with radar, visual, audio, lidar, thermal, seismic and broadband software-defined radio sensors, which will provide unprecedented situational awareness for applications and devices running on the network.

“The vision of 5G for detection is not bold enough,” said Todd Humphries, an associate professor in the Department of Aerospace Engineering and Mechanical Engineering at UT Austin. “6G must start with the premise that sounding is not just about responding to conditions, but about anticipating them, so that vital connections to automated vehicles, AR / VR headsets and other latency-sensitive applications can be fully maintained. reliability. “

The 6G @ UT Center is separate from the Cockrell School’s Wireless Networks and Communications Group, a 19-year research center with more than 25 faculty members and 130 students and researchers. WNCG established UT Austin as a world leader in wireless technology, and its researchers made important advances that helped activate 4G and 5G technology. UT Austin graduates have played an important role in creating and standardizing these technologies in WNCG’s industrial affiliates.