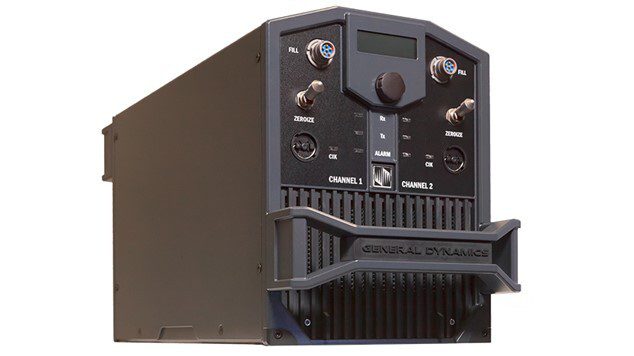 The Badger is based on the company-approved AN / USC-61 (C) digital modular radio (DMR), providing secure communications on board the US Navy, aircraft carriers and submarines, as well as fixed coastal facilities. installations. General Dynamics delivered more than 900 DMR radios to the Navy.

According to Stan Cordana, vice president of Surface Systems at General Dynamics Mission Systems, Badger meets customers’ needs for a radio that offers the same waveforms, security, and flexibility of four-channel DMR, but with a more compact footprint. The dual-channel Badger is a quarter of the size of a DMR and provides the same level of multiple independent security levels (MILS) for ship-to-ship and ship-to-shore voice communications.

“The reduced size, weight and power make it ideal for smaller platforms across multiple domains that require only two channels, while simplifying logistics and reducing costs,” said Cordana.

According to Cordana, “Badger is the only radio available that provides SATCOM high-frequency, high-frequency, ultra-high-frequency and mobile consumer systems. [MUOS] waveform ability. MUOS integration significantly improves beyond the line of sight or satellite communication with voice and data. “

“It has MILS capability, which allows it to communicate simultaneously on multiple levels of security on each of the two radio channels – and each can be tuned to a wide range of frequencies. In addition, Badger’s software-defined, flexible open architecture allows future next-generation communications, including waveforms, encryption algorithms, and advanced network connectivity, to be easily integrated with evolving needs. “

The first DMRs were delivered to the Navy in the early 2000s, Rau said, adding: “We expect to hit 1,000th delivery in the coming months. “

According to Rau, DMR is the first software-defined radio to become a standard communication system for the US military.

“It belongs to every class of land ships, aircraft carriers, submarines and shore installations. DMR is a compact four-channel radio. With just a few DMRs, they can essentially replace an entire “central radio” with older radios and equipment on older ships. “

Because these are software-defined radio stations, Rau said, “In many cases, waveforms and functions can be updated by adding software without having to send the radio back to the depot.”

Badger does not replace DMR. “It’s a newer, smaller version based on DMR, but with two channels instead of four,” Rau said. “Badger embraces the goodness of DMR and puts it in a smaller package with a modern interface for voice over Internet Protocol to ship systems so that it can be used on even more platforms, including drones.”

DMR and Badger are manufactured at the General Dynamics Mission Systems plant in Scottsdale, Arizona.