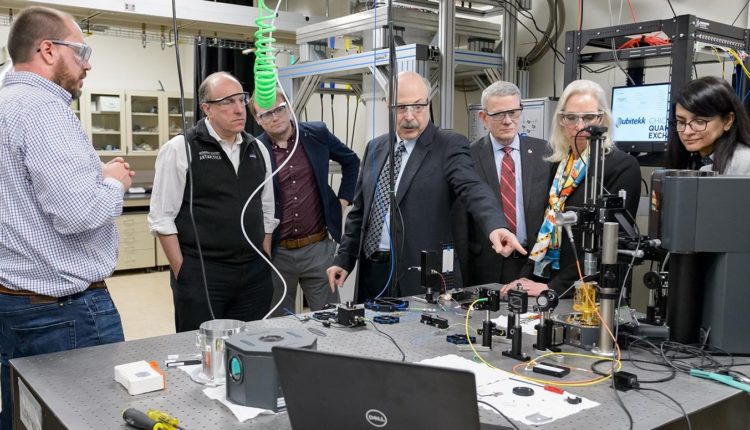 Haerle’s chemical sensor company is using such a research grant to help the military find drug labs in South and Central America. From this, the company has developed a miniature gas chromatograph the size of a shoe box, which it sells mostly to college chemical departments, he said.

Specifically in North County, 54 companies received awards. Seacoast Science in Carlsbad and Affordable space technology in San Marcos they won the most, with 12 each.

In addition to working with the military, Seacoast Science has also received grants from the National Institutes of Health, EPA and NASA, Herle said.

Playing an avatar in animated workplace scenarios, “students spend the day living in 23 different careers spanning 15 sectors of work,” he said. “Instead of a written assessment, we decided to build something that would be more exciting and scalable.”

So far, more than 50 school districts have purchased the program, he said.

eSAT Global at Solana Beach won a grant to develop software-defined radios that users can adapt for a variety of purposes by reconfiguring software rather than hardware.

Two ongoing projects would boost communication between satellites in space and between drones and ground controllers, said Vice President of Business Development Corey McClelland. Financial institutions and utilities have also shown interest in the technology, he said.

Cyclopur, with its corporate office in Encinitas, received awards in 2017, 2018 and 2021 for the development of residential water treatment technology. Its DEXSORB system aims to remove micro-contaminants from drinking water – such as per- and polyfluoroalkyl substances or PFAS, chemicals used in various consumer products.

“When PFAS are found in community water, water sources are usually shut down and households are supplied with bottled water,” said CEO Frank Kasu. “We plan to launch our first implementation of DEXSORB for home use in a gravity jug filter in June.”

Nanotools Bioscience, registered at Encinitas with laboratories now in La Jolla, has a grant to develop applications for graphene, super-thin and strong carbon material.

“We are working on practical implementations of the optoelectronic (also known as photovoltaic) properties of graphene … for biomedical applications, including optical cardiac pacemakers and accelerating the maturation of stem cell-derived cells,” said CEO Alex Savchenko.

Etisalat moves to open RAN to help Afghanistan get to 5G