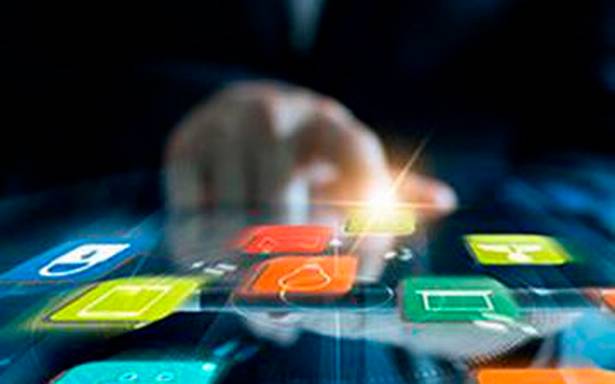 Like PLI for electronics, the stated objective is to increase local production of telecommunications equipment to reduce India’s dependence on imports by making India a “stable manufacturing center” for them. Eligible products include broadband transmission equipment, next-generation 4G / 5G network for radio access and wireless equipment, routers, Internet access devices, and more.

Reports suggest that the government is likely to approve 33 of the 36 applications made under the 12,195 crore scheme. While the scheme has been touted as a “signal boost” and a “game change” by some observers, will its current plan help India achieve its stated goals?

The scheme guidelines initially state that eligibility is subject to a minimum threshold for applicants in the electronics, telecommunications and networks segments. But soon after, this qualification criterion was changed to be based on “global revenue” (instead of “global production revenue”). Thus, IT / ITES, including software, was added to the electronics, telecommunications and revenue generation networks.

Although this may have been done to involve specific companies, it indirectly acknowledged the fact that telecommunications and network products are integrated with software as well as electronics. Not only for 5G, but even the growing digitalization of existing 4G networks uses software-defined network solutions. It is ironic, therefore, that the architecture of the scheme provides only for the production of ‘goods’ and that the software is not covered by the defined list of telecommunications and network ‘products’.

The architects of the PPP-MII telecommunications procurement must be recognized for their integration into policy formulation, which several empirical studies on value chain dynamics have found – that the largest share of profits within value chains is in product development, which means software and hardware design. Thus, the design of this PPP-MII order would create huge interactions between the high value-added hardware and software segments in the internal market.

This speaks volumes about the political economy of this MNC-dominated sector that, through an amendment on August 31, DoT eliminated the need for any domestic requirements for intellectual property or Indian technology. The same MNC interests have been able to ensure that the PLI scheme of incentive schemes lacks the much-needed policy targeting nationally patented R&D (instead of assembled products).

In the PLI guidelines, DoT’s commitment to promote national telecommunications R&D opportunities appears to be limited to point 5.5: “All manufacturers with products supported by Indian technologies are encouraged to apply.”

Meanwhile, of the 10 applications to be approved in the non-SME category, the minimum number set for the promotion of “local companies” is only three (and only 8% of the total amount under the scheme is allocated to SMEs). . In fact, the scheme appears to create perverse incentives for domestic production with intensive R&D, limiting R&D expenditure, which can be considered as additional investment, to 15% of the total investment involved. The fact that expansion in the country’s electronics and telecommunications industries continues to be interrupted by the development of nationally owned products is precisely what has led to large foreign exchange outflows from many foreign and domestic electronics / telecommunications companies.

Beyond imports, this outflow to leading companies in developed countries (or their related countries) that hold product design patents occurs in the form of royalties and other technology payments for software, “IT consulting”, “technical assistance”, etc. .n. .

In the age of smart / smart equipment needed for what the industry calls “network virtualization”, the development of new products will take place on top of the intelligence gained from data obtained through network devices and equipment. In this way, data analysis will play a crucial role in the design phase itself to bring new products with more intelligent functions to market.

This requires firmware that allows real-time data transfer. Such data include network infrastructure and operational parameters, as well as transaction data and end-user data. Even while we wait for our regulatory framework for personal and non-personal data, foreign companies are “favored” de facto control over the data in any sector in which they are located, which gives them the advantage of initial transfer to IoT, final calculations, AI, etc.

Need to catch up with politics

Policies should also signal the support of business investment strategies for co-investment, which create invaluable synergies between national technological capabilities in different activities. Expanding the portfolio of national technologies and products in this way can dramatically increase the addition of intrinsic value.

Again, there is a recent precedent. In BSNL’s offer to upgrade 3G networks to 4G, if an individual home equipment manufacturer turned out not to meet the criteria for financial qualification, the companies had the opportunity to apply as a consortium. Reports now suggest the tender could be awarded to a consortium formed between the public services telecommunications company C-DoT, along with software giant TCS and local telecommunications equipment maker Tejas Networks.

Such a stimulating architecture, together with the adoption of national technical standards that would encourage local and foreign telecommunications companies to enter into alliances with local companies with national technology assets, was also completely omitted in the PLI scheme.

In its current avatar, the PLI telecommunications scheme has no component to ensure that the subsequent expansion of the production of “Indian-made” telecommunications and network products will not push the nation deeper into forex dependencies.

The writer is an economist based in