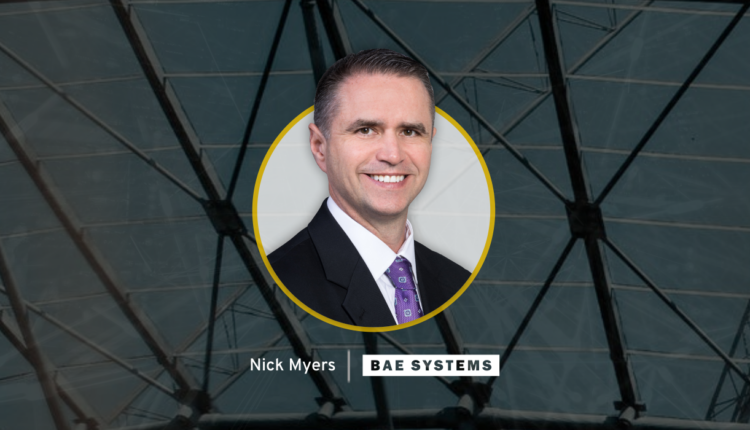 Electronic warfare: The critical capability of dominating the electromagnetic spectrum

In this interview with Help Net Security, Nick Myers, Director of Business Development, Electronic Combat Solutions at BAE systems, talks about the evolution of e-war, how it works and why it is important to invest in such technology.

Electronic warfare (EW) is not a completely new concept: battlefield radios have been widely used in modern conflicts. How has EW evolved over time?

Electronic warfare, along with supporting technology, has existed for more than a century, and it is a critical capability of the US military today.

EW focuses on ensuring that Allied forces can use the electromagnetic spectrum – which is used for everything from communications to navigation to targeting – and denies its use by our adversaries.

EW is a cat and mouse game. A military force will develop an capability (such as a new radar-guided threat system), and its adversary will develop a countermeasure based on the characteristics of the threat once it is detected. In the past, this required hardware development cycles, but things have changed with today’s software-defined radios.

New radar threats using software-defined radios are able to create highly flexible waveforms on a number of parameters, making them more difficult to detect, identify and track. EW’s operations have evolved from a single threat (such as a targeting radar) aimed at a single platform (such as an aircraft) to a modern integrated air defense system (IADS) that works together to target multiple aircraft simultaneously. Initial threats to EW operated in a narrow band of spectrum and today the spectrum is being exploited.

Today’s EW systems need to sense the electromagnetic environment to provide pilots with situational awareness, and the environment consists of millions of radio-to-radar signals, GPS signals, commercial signals, and more. EW systems need to intercept, identify and locate the signal source, and recognize noise signals (including attenuation), and determine which signals have hostile intent – and then do something about them. At the same time, opponents’ IADS are trying to hide their intentions in a complex environment by emitting signals from multiple sources, changing frequencies, and changing waveforms much faster than in the past.

By helping pilots gain knowledge of the situation, EW systems protect them from threats. For example, they can detect radars that try to locate the aircraft, allowing avoidance and survival, and they can detect incoming threats attached to the aircraft and take countermeasures.

In essence, EW systems are designed to protect and defend our nation’s military platforms, using the electromagnetic spectrum to our advantage.

The F-35 Lightning II is a good example of a modern EW. It has a highly classified and very capable EW system, which makes it the most modern fighter in the world.

To be effective, today’s EW systems need to be scalable, provide instant bandwidth and high-speed scanning, and detect difficult-to-monitor threats (also known as low intercept probabilities), and they need to respond quickly. They must combine radar warning, geolocation, situational awareness and self-defense to detect and defeat current and future threats in a highly contested, dense signaling environment. And they must be affordable.

The next step in the evolution of EW is what we call “cognitive” EW. EW cognitive systems use machine learning and artificial intelligence to analyze the characteristics of unknown threat signals when they are first detected in the field and to apply EW responses in motion. The days of collecting new alerts on site, analyzing them on site, and building hardware for months to deal with the threat are long gone.

Electronic warfare uses the electromagnetic spectrum. Can you tell us a little more about the technology behind it and what makes it effective?

Electronic warfare is based on the manipulation of the electromagnetic spectrum, energy that travels in waves of different frequencies at the speed of light. Waves range from wide waves such as radio and microwaves, through infrared, visible light, ultraviolet rays, X-rays and gamma rays. Waves can come from natural sources, such as the sun, heat sources, etc., and they can be emitted through an antenna or other synthetic source and received through a receiver. Some wavelengths are more suitable for specific use, and some waves are harmful to people, electronics, etc., so they are not ideal for EW.

EW is efficient because it travels at the speed of light and can be used to transmit information and detect objects. For example, radar emits a signal and waits for the echo to bounce off objects (such as planes, drones, missiles) into combat space and return at the speed of light. Similarly, a radar warning receiver can detect radar emissions (without creating its own monitored emissions) and allow avoidance, trigger reactions, and so on. Receiver range is a key feature in world-class EW systems. Detecting threats before they detect you provides a huge advantage on the battlefield.

Detecting threats, while remaining poorly monitored, is the key to success in military action today.

How widespread is the use and use of EW technology and are there technical barriers to its implementation?

Some of the major developers of EW systems include the United States, Britain, Canada, China, Russia, Israel, India, Japan, North Korea, France, Germany and Sweden. Electromagnetic warfare will be challenged, which means that any force operating with EW capabilities must expect to operate in a challenging environment, with a strong signal density from commercial and defense operations and flexible waveforms that will be challenging for detection and counteraction.

What should countries and organizations do to strengthen their national protection against threats?

There is never any doubt that the operation and use of the electromagnetic spectrum is necessary to fight and win today’s and tomorrow’s conflicts. States must prioritize and adequately provide resources (budget) for EW capabilities.

Unfortunately, wars are evolving and becoming more threatening than ever. What do you think the future of e-war and the protection of the national threat will look like?

Continuing to invest in EW technologies is crucial. Developing next-generation systems with highly advanced capabilities to detect and silence our fighters is vital to success. The main areas of investment include adaptive EW, multispectral and distributed EW and next-generation microelectronics.