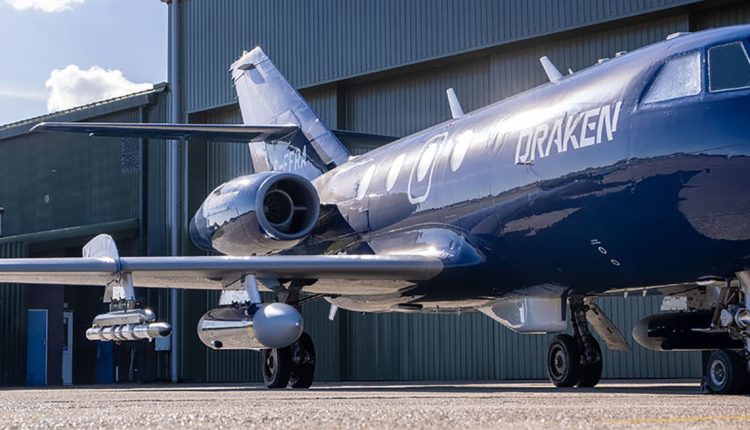 Collins Aerospace has signed an agreement with Draken Europe to install its Joint Safe Air Combat Training System (JSAS) for the Falcon 20 fleet.

Draken Europe CEO Paul Armstrong said: “We are thrilled to receive these highly sophisticated next-generation systems to improve our training capabilities and improve interoperability with our military customers.

“Our ongoing investments in this area, together with our extensive operational experience, allow us to adapt and optimize our training efforts to reflect the ever-changing threat that our customers actually face.”

Collins noted that the system will be upgraded with the next generation of tactical combat training system – variant Increment II (TCTS II).

In addition, the pods are based on an integrated range measurement system (CRIIS).

They will be released for a Falcon 20 fleet flight, with the first tests expected by the end of this year.

JSAS pods are already working with the US Air Force and US Navy for training and analysis.

Heather Robertson, vice president and general manager of Collins Aerospace Integrated Solutions, said: “JSAS enables combat fighters to train and improve joint tactics, techniques and procedures in a secure environment against the threat of enemy peers, unlike anything seen in the past. ”

Avionics subsystems for military and space applications Read also : These tiny boxes are full of stories and adventures.