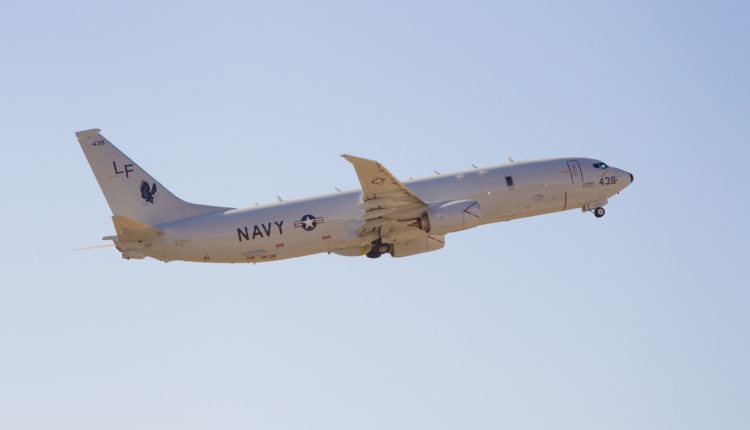 An audio recording has captured a Chinese air force radio operator attempting to expel a suspected U.S. military aircraft as it conducted an overflight operation in the skies south of Taiwan on Monday.

Air traffic monitors in Taiwan who have been logging the daily PLA intrusions intercepted the radio message at around 8 a.m. local time on September 6, Newsweek has learned.

A voice that identifies itself as the PLA Air Force broadcasts the warning at a foreign military aircraft around the same time as a U.S. Navy P-8A maritime patrol aircraft was shown to be flying in the Bashi Channel—the waterway between Taiwan and the Philippines.

“This is the Chinese air force. You are approaching China’s territorial airspace. Leave immediately or you will be intercepted,” the operator says.

Taiwan’s Defense Ministry said it detected four PLA Air Force fighter jets in its ADIZ on Monday morning. Observers say the warplanes—two SU-30s and a pair of J-16s—may have been deployed as interceptors to head off the U.S. patrol aircraft.

A total of 31 Chinese military planes were detected in Taiwan’s ADIZ on the four consecutive days between September 3 and 6, according to publicly available figures released by Taipei. It represents a slight uptick in the “gray-zone” activity in what has been an otherwise calm few months since the record intrusions of May and June.

Moderators of the flight tracking group “Southwest Airspace of TW” said the radio message was recorded on the aeronautical emergency frequency 121.5 MHz using software-defined radio. Taiwan issued further radio warnings to the PLA on Tuesday, but the precise number of intruding aircraft remained unclear at the time of publication.

Taiwan’s air force is regularly heard expelling Chinese military aircraft encroaching into the island’s ADIZ, which is a self-declared and commonly used type of airspace not regulated under international law. The skies above the strategically important Bashi Channel are where American, Chinese and, occasionally, Taiwanese military aircraft meet.

Analysts say the deep waterway at the mouth of the South China Sea is a vital passage for PLA Navy assets—including nuclear submarines and aircraft carriers—to reach the Western Pacific. Similarly, they believe the Chinese military may seek to blockade the channel to prevent U.S. and allied forces from intervening in a conflict in the Taiwan Strait or the South China Sea.

Taiwan’s armed forces have been rehearsing ahead of the 37th annual Han Kuang military drills, which are scheduled for September 13 to 17. Commentators on the island have predicted increased Chinese military reconnaissance activities during the weeklong exercise.