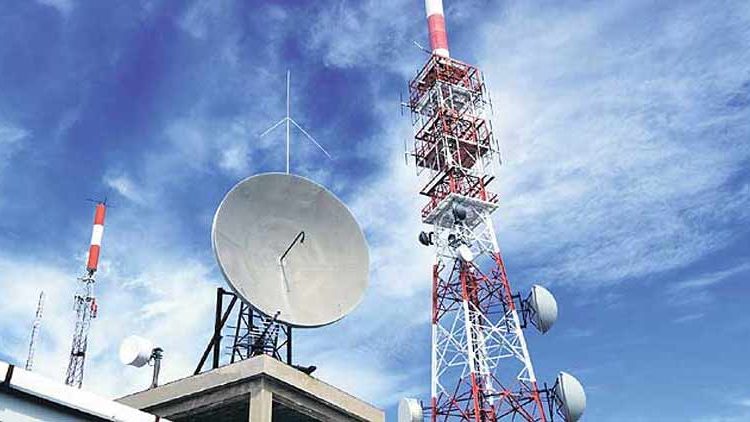 By SDR News On Oct 21, 2021
Share
Traditional hardware radios have limitations on functionality and can only be changed by physical changes.

In the modern battlefield, the availability of accurate critical tactical information in real time decides the outcome of military operations. This information is transmitted through a tactical information and communication network for a specific area of ​​action to provide synergistic command and control over the deployed combat units. These digital communication networks constitute the essence of an information organization for action in order to provide the latest general picture of awareness of the situation for each of the participating units. The information and communication networks are also integrated with the higher echelons at the local and central level of the plant according to pre-defined authorization protocols. Each node in the combat capability has access to real-time information for better decision-making and to eliminate the risk of friendly fire in a very intense conflict zone with high intensity.

Tactical communication networks have highly formatted message structures for exchanging information to achieve interoperability with optimal bandwidth. The necessary basic capabilities are related to the simultaneous operation of multiple tactical networks and obtaining tactical information from all units for correlation with the local picture and updating the weapons of friendly parts calculations. . are constantly overcome to achieve a flexible architecture. Connecting legacy systems to the latest generation of tactical data connections has never been an easy task.

In India, the three services are independently involved in the design and development of tactical information and communication networks, with each network tailored to meet the challenges of their individual battlefield characteristics. Various government organizations such as DoT, DRDO, PSU for protection and some selected private players are an integral part of these efforts of the three services. The decision to make a local effort in this effort is a difficult path, but the safest from a long-term perspective.

The Indian Navy has its own ambitious program to evolve a tactical information and communication link to transport ships from locals to maximize data throughput with minimal latency. This data communication system has an aircraft version for naval aviation units for close work with warships and submarines at sea. Meanwhile, the IAF is independently upgrading its Datalink operating system to remain activated as a network force, especially when operating fighters from Russia, France and elsewhere.

Traditional hardware radios have limitations on functionality and can only be changed by physical changes. SDRs are a special type of advanced radio system where the functions of the physical layer are performed using software code. SDRs have the flexibility to operate across much of the spectrum and support multiple protocols and are multi-mode, multi-band and multi-function radios. SDRs are software configured by simply downloading the latest version over existing hardware and are thus adaptable throughout the life of the hardware. SDRs improve data transmission capabilities, improve voice and data quality even in a spectrally noisy environment. They work in a clear and protective mode, using multiple waveforms, thus providing greater security and stability of the system.

BEL, DRDO, CDAC, WESEE (Naval R&D Lab) and other service weapons are working to develop a family of modular and interoperable versions of software-defined radio stations (SDR) (such as Naval Combat (SDR-NC), Tactical (SDR-TAC) , Airborne (SDR-AR), Manual (SDR-MP) and SDR-HH (Manual)). Here, the SDR-Tac is a four-channel nineteen-inch ship mount module that supports simultaneous operation of all four V / UHF and L bands to achieve voice ship-to-ship, ship-to-shore and ship-to-air voice and data communication. support ad hoc network operations, the MANET (Mobile ad-hoc Network) waveform is used in UHF and L-band, and SDR is capable of many types of waveforms for narrowband and broadband applications. The Indian Army is in the process of replacing the legacy radios with the originally developed V / UHF Manpack SDRs in the Make-II category from February 2021. The CNR for Armored Vehicles (CNR-AFV) will also be based on the SDR in the future.

The complexity of tactical networks is caused by many reasons, such as dynamic integration with multiple critical data exchange systems. The design analysis within such systems helps to extract information from interoperability data links and secure data exchange between ground fighters, warships, submarines and fighters. With the evolution of theatrical teams, greater community and synergy between the tactical information and communication network of the three services is now required more than ever. Accordingly, steps to achieve interoperability between the armed forces are being considered through the development of compatible interoperable forms of SDRs.

The bridge between the Indian Tactical Information and Communication Network and that of NATO forces is highly desirable for action in a multinational task force environment and for more inclusive participation in combat activities. NATO and US Tactical Data Links are Link-11, Link-16, IJMS (Temporary Joint Tactical Dissemination System Communication Specification), JREAP (Joint Extension Protocol), ATDL-1 (Extended tactical data link). The current Link-22 combines these efforts to achieve NATO’s standard for tactical information exchange between troops. Even the United States faces the challenge of operationalizing and upgrading its Tactical Data Link network. Development of the Link-22 began in 1992 to replace the legacy Link-11 system (such as low data rates, susceptibility to electronic interference, and lack of stability) and to improve the interoperability of Allied forces. The specifications of the NATO Standardized Agreement (STANAG) 5522 are the guidelines for Link-22.

The challenges ahead are not limited to backward compatibility with old systems, but also to ever-evolving real-time limitations and voluminous datasets on future battlefields. With the advent of artificial intelligence in the on-board system on board fighters, cockpits, warships or combat vehicles, the limitations of scale and latency on data availability have multiplied many times over. In addition, ongoing and future technological advances such as 5G, the atomic clock with ion-ion atoms of General Atomics in space (to improve communication with GPS and Deep Space), quantum communication in free space and more. Thus, the tactical information and communication networks of the Indian Armed Forces will remain not only a challenge for interoperability, but also an evolutionary military science in the 21st century. An integrated project management team for a tactical information and communication network, led by three services, with the support of DPSU, DRDO and other private agencies under the Atmanirbhar Bharat initiative, may be an appropriate way to sustain the future of the armed forces.

(The author is a strategic analyst with a strong interest in technologies related to C4I solutions and multi-platform multisensor data merging (MPMSDF). The views expressed are personal and do not reflect the official position or policy of Financial Express Online.)

Live Stock prices from BSE,, If,, The US market and the latest NAV, a portfolio from Mutual funds, See the latest IPO News,, The best performing IPO, calculate your tax on Income tax calculator, I know the market Top profits,, Top losers & The best funds. Like us in Facebook and follow us Twitter.

Financial Express is already on Telegram. Click here to join our channel and stay up to date with the latest Biz news and updates.